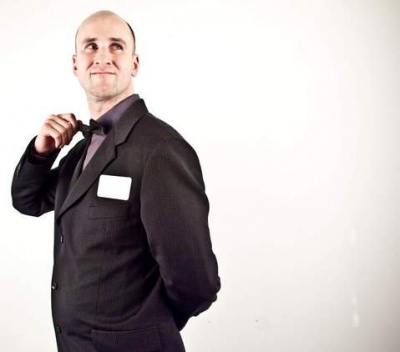 Physical description: Oliver is 6 foot tall, with a short buzz cut. He is as comfortable in a suit or tuxedo as he is in a sports jersey and leather jacket, and can be often found wearing either.

Oliver is a negotiator, a scholar, a warrior, and the guy who can get you almost anything you can think of. He has a hands off approach in the local domains, and tries to get people to resolve their own problems, rather than relying on his strength, knowing that he won't always be there to help. On the other hand, he volunteers for every siege he gets a chance to participate in. 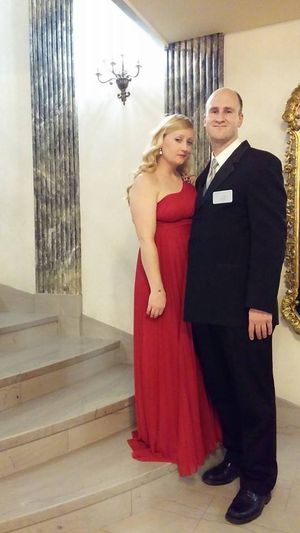 Oliver and Emily Freigh at Midwinter 2015.

Oliver was embraced by Katja Nothing in 2000 when Chicago was in a bit of turmoil, and after a basic education and Acknowledgement, he was shipped off to Green Bay, where he allied himself with the local Malkavians and Tremere. He took over the Washington Mental Institute of Northeastern Wisconsin in Marinette when it's previous owner, Dr. Washington, was killed by the Sabbat. He has studied psychology and often does Psychological Profiling (Fame x 4) for the police. When his sire became Prince of Chicago, Oliver relocated there to help support her. Along the way, he picked up a job working for  Pascek's Staff as a Servire to Archon Jacen Pompeii until his release, then to Archon Harold Lebowitz until he was slain in combat, and then to Archon Peter Premysl until Oliver's promotion (more on that below). He has also served in every city position except for Prince in Green Bay, and has held positions in Sheboygan, Kenosha, and Chicago as well. He has worked diligently with the Anarchs in Green Bay and Kenosha, and has at times served as liaison between the Anarchs and the Camarilla in those domains.

He has fought in the New York campaign, in the Orange County campaign, in Lan Blackwood's army that stood against Moloch in Tunisia, and in the battle of Fremont against Jean Baptiste.

Started dating Emily "M.J." Jackson as of Midwinter 2011, and took her on a Mediterranean tour, meeting such dignitaries as former Justicar Lucian in Crete and Prince Mustafa of Istanbul. At the Midwinter gathering of 2012 Oliver proposed to MJ and they were wed by Father William Dunstin, S. J. that same evening. Since then MJ and Oliver reside in the domain of Green Bay together. It is well known that they own both a Mental Institution and a Horse Ranch in Marinette, north of Green Bay.

He was made an Archon in April 2014, and was immediately put to work dealing the hotly debated topics of the Brujah "Changed" and the full admission of the Children of Haqim into the Camarilla. Also, he was given the title "Head of Operations for North America" for Justicar Pascek's office. Justicar Petronius found that title long and awkward, so Oliver held a contest on the Camarilla forums to come up with a better title. He was titled "Chancellor of North American Affairs" thanks to contest winner Lilyanna Salvatore.

His allegiances have been called into question since he openly admitted being an Anarch Sympathizer, or "Loyal Opposition" as the Anarchs call it, at their freedom celebration in New York in July 2015, despite Oliver's numerous statements that he puts the Camarilla first and foremost. He penned a clarification for the Camarilla in February 2017 and divested himself of *wise for his actions that led to the rumors.

He is no longer an Archon, as Jaroslav Pascek was officially relieved of his office in February 2016. 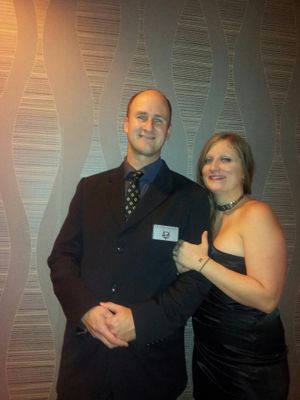 Oliver and Emily Freigh at Midwinter 2013. 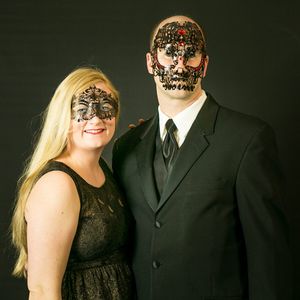 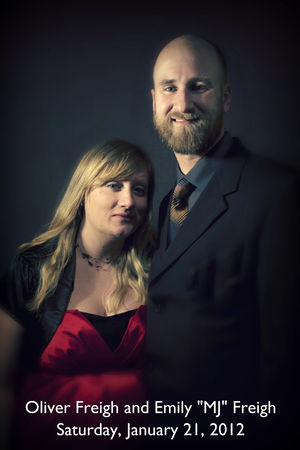 Upon meeting Oliver for the first time at Midwinter 2015, Sovereign Prince Alexander P. Keefe said, "Are you a bishop? [The Sabbat] seem to have a lot of respect for you."

Upon being asked to wait outside after giving the Giovanni evidence of several breaches of the Promise. "We are but guests in your home. As you have asked, Hannah and I will wait in the hall while you strategize your backpedaling."

His wife, Emily, once said the following to describe their relationship: "I am the Pepper Potts to his Tony Stark."