Concept: Was originally "The Brooding Poet", now is more like "Goth Party Girl"

Physical description: Tall and leggy, with dark hair down to her waist and very Italian features.

Lilyanna was embraced in Atlanta, and fled after its fall to the Rebellion to find safe haven in Milledgeville. After Milledgeville fell, she helped establish the Domain of Carrollton, which was the staging ground for the retaking of Atlanta. Since then she's been in and out of the political scene, rising to such positions as Harpy and Seneschal before flitting out of the limelight for a year or two, only to return later and take up a position again.

Lilyanna was also the person responsible for the Title Honorific of His Unseen, then Enigmatic Former Justicar Igor Illyovich Ctarinov

A seneschal has one real job - to rule when the Prince is not present. This job requires that the individual who holds it be present - in the very least, when the Prince is gone. Lillyanna Salvatore was, for the last stretch of Faulkner's reign, unable to do this. As such, I find her *Incompetent. She shall carry this stigma until April 1, 2018, or until such time as she has proven to me that this is unwarranted. 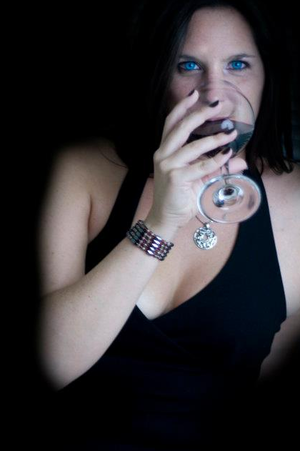 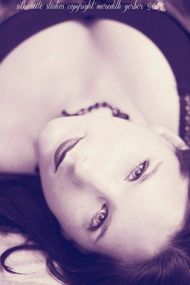 Lilyanna to Prince Brian Faulkner about the local Sabbat baddie : "Just promise me you won't challenge him to an honor duel or anything."
Faulkner: "...I can't promise that."
Lilyanna: ::facepalm::

Habeus: "She's the Calliope Van Horne of the South."

Lilyanna to Victor Martini at his doomed wedding as they waited on the missing groom: "Don't worry, the Prince and Seneschal are handling it. I'm sure everything will be fine. Years from now you'll look back on this night and laugh. DRINK MORE WINE!"

Catrina Sue, approaching Lilyanna (who's wearing her "killing outfit") and Prince Brian Faulkner: "Is everything alright?"
Faulkner: "Nothing's alright when Lily wears that dress." He pauses and looks Lily over once. "Well, some things are right."

Lilyanna: "Everyone wants something from me, Davy. It's just how this world works. What I need to figure out is how much of myself I'm willing to give, and to who." 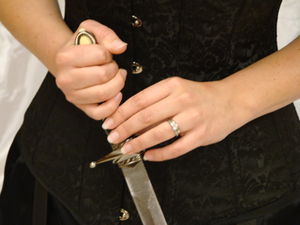