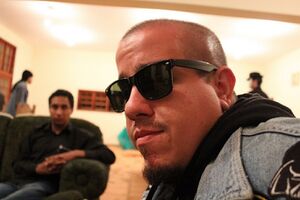 Physical description: Average height, brown eyes, beard and hair (with a red hair lost here and there), changing from long hair with full beard to all shaved (except for the goatee), fat, strong with a clumsy walk.

Lived a long time in the Brazil´s Center-West region. Most known around there for his bar called "Bar do Caneca" (Caneca´s Bar), a place near the highway always welcoming motorcycle clubs and independent travellers.

Has his business and supposed haven under the domain of Pirenópolis, but he usually says his real home is the road, or, sometimes, Alexânia and Abadiânia (small cities along the highway). He said for many times that his obligations with the Pirenópolis Domain and with the neighbor domain of Brasília are done by protecting those small cities and for long time he was happy just doing that and helping the Camarilla authorities, or his clan, when in need.

Since he was born in the region, many times he was sought for advice by younger members or at least new people on the domain. He receives anyone in his drinking joint with a smile and sometimes with good wisdom, sometimes with dumb ideas.

In the last years he has been bothered more than normal, making him to take a more active position in the Court and inside his clan.

Since the disappearing of Mr. Halisson Milhomem, a Toreador and former Pirenópolis´ Harpy, João Caneca talked to the primogen Council and the Prince at the time and took the position for himself, so far.

He was on the big attack in Caxias do Sul, which did put to an end to the menace posed by the brujah elder Patrick de Laman, who was corrupted by the infernal forces, and a few weeks after this "event" he was declared in Brazil as an archon in training. 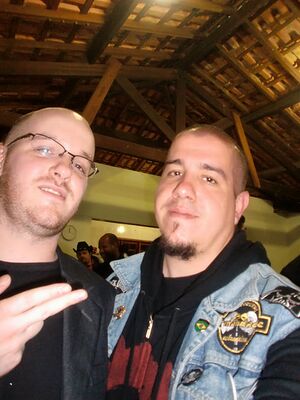 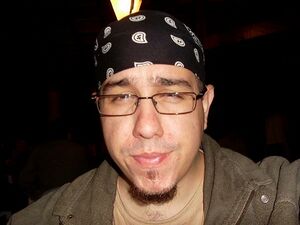 "Thanks Omar. You were very crazy and made our enemies be afraid" - about the death of the Children of Haqin, Omar;


"(...)but I leave my best wishes that the infernalists get lost soon, so we can go back to slap the sabbat as in the old days" - About the Convention of Fire


"I feel like we were a D&D group of 10th level going after the Tarrask and believe it, it´s not good"


"At least the infernalists were useful for one thing: now we know that we still have a soul to lose"


"Caneca is a serious guy. I have some simpathy for him. But the Archon Caneca, as all others, is just another peon manipulated by his peers"
Aquiles, Líder Anarquista/Anarchist Leader