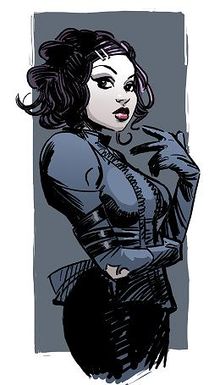 Physical description: A slight, athletic young woman with very Eastern European features that make her look exotic in the Americas. She has milky white skin covered in multiple tattoos and short hair that is usually dyed a shocking range of colors, from cobalt blue to lavender and everything in between. She has a penchant for big expensive earrings, luxurious fur coats, and for keeping her nails perfectly manicured. A vain individual, she is almost always masked to hide the growing number of scars and imperfections that she sports. Her wardrobe is more haute couture than utilitarian - if Bond can do his job in a tuxedo, she sees no reason to limit her own choices to combat gear.

Rumor has it that she lost an eye some time ago and replaced it with a magical item. Most are too polite to bring it up. 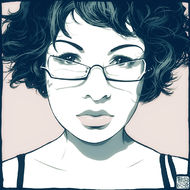 Yonna is a Child of Haqim of Ukrainian heritage who is known to be the childe of Blake Weston, a loyal member of the Johannesburg domain. She comes from a strong military background and has spent many years working in both national intelligence and a private "security" firm. When asked, she will say that she was merely a soldier in the Army. She rarely elaborates on which Army.

Since coming to America she has acted as the Primogen for the Children of Haqim in Athens before moving to the domain of Savannah. In Savannah she was the first choice of Prince James Frederick Krieger for the position of Seneschal - a decision that has earned both her and the former Prince no small shortage of questioning from their respective clans. However, when both Prince and Seneschal surpassed the two year anniversary of a peaceful reign, they seemed to have proven their detractors wrong.

During her tenure in America she has become known for both her martial prowess and as a voice of calm reason within the domain. While her former Prince jokingly referred to her as 'Seneschal Conscience,' it was a nickname that she was proud to bear.

After acting as Seneschal for close to three years, Tatiyana took Praxis of Savannah in July 2013. Although her reign has not been calm or uneventful, she has held a strong administration and leads her people well. These nights she uses her position within the Camarilla to lobby for greater rights for the Children of Haqim within her chosen Sect.

Yonna was granted the title of Sovereign Prince in August of 2016 by Prince Tegyrius of Dubai. 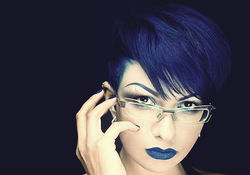 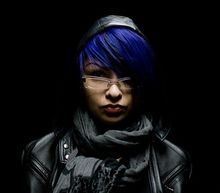 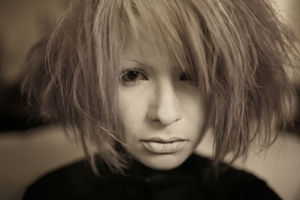 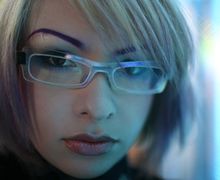 "War, that's a pain that never goes away, it's when you can't even look at the world anymore because all you can do is calculate where a sniper would most likely settle in. It’s when you hate seeing the sun. It's the trees and the earth that are always with you and which smell of scorched gun powder and blood." — Yury Klavdiev

"Please stop trying to incite trouble with the Tremere! I have to work with these guys." - Said to several of her clanmates on multiple occasions.

"That kid can't be intimidating - he's 12 years old and a cripple!"

Silhouette - "Vhat about the dog? Are they the type of people who vould torture a dog?"
Yonna - "...let's take the dog."

"This is a house of God! You can't throw me out of here you son of a bitch!"

Silhouette - "I don't know if you've heard yet or not, but your clanmate Olivia died this weekend. I'm not sure if I should offer you condolences or breakdance."
Yonna - "I'll order a case of champagne!" 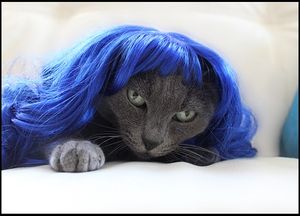 "Sil, calm down. Your voice is giving me cramps."

Yonna - "I, of course, have been petitioning for Right of Destruction since coming into the position of Seneschal, but for some reason His Majesty doesn't seem comfortable giving me carte blanche. I'm uncertain why, really - I'm not that dangerous."
Krieger - "Yes, you are."

Yonna - "What the fuck is wrong with your citizens?"
Krieger - "...Yeah. They're yours too."
Yonna - "I feel like we're parents, and our kids went off to college and we just found out they did Girls Gone Wild videos."
Krieger - "...it does kind of feel that way."
Yonna - "And I'm just left to wonder where we went wrong."


"Nooooo, Yonna, you don't need to be flirting with the Theurge."

Sil - "If you could have world peace or marry Daryl Dixon, where would you go on your honeymoon?"
Yonna - "Australia."


"I am the queen of every hive. I am the fire on every hill. I am the shield over every head. I am the spear of battle. Who but I am both the tree and the lightning that strikes it." 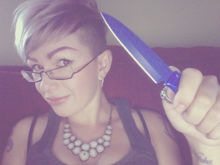 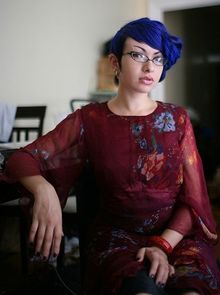