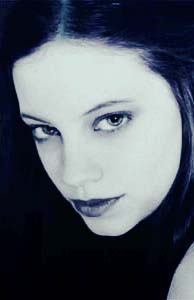 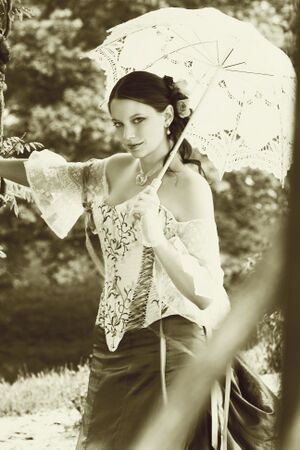 Apparent Age: Originally 20 though recently it appears she has aged to 25-26

Physical description: Lily is 5' 7" with the fair skin of woman raised in wealth. She has a slim curvy build and bright blue eyes, the very picture of loveliness. Her soft brown hair is streaked with vibrant blue dyed highlights and falls to her hip in loose ringlets, though it is usually tied up in elaborate ways. She moves with grace and poise and is impeccably dressed at all times. Her upper class British accent seems to carry with it an enchanting quality. Gorgeous x3, Alluring, and Seductive. 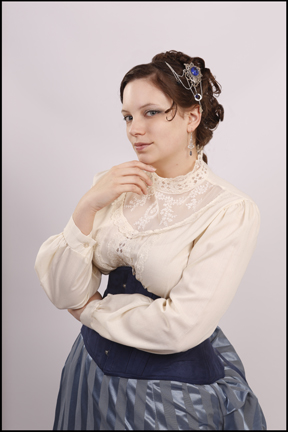 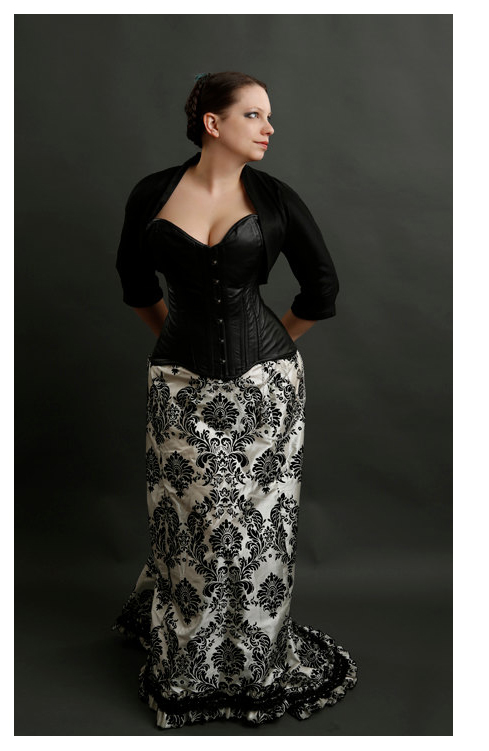 Eminem: Beautiful Pain
Flogging Molly: The Worst Day Since Yesterday
Florence and the Machine: Cosmic Love
Bjork: Come to Me
Frou Frou: Holding Out for a Hero
Sara Bareilles: Fariytale Sara Bareilles
Imogen Heap: Canvas
Florence and the Machine: Heavy in your Arms
The Cranberries: No Need To Argue
Jeremy Messersmith: A Girl a Boy and a Graveyard
Poe: Haunted
Linkin Park: Leave Out All The Rest
The Pierces: Secret
Mumford& Sons: After the Storm
VNV Nation: Illusion
Mumford & Sons: After the Storm

"by the Edge of Lilyan townsend's Blade, Clan Toreador has risen to heights that would never have been possible by mere politics alone." ~Mr. Ettian Valroux