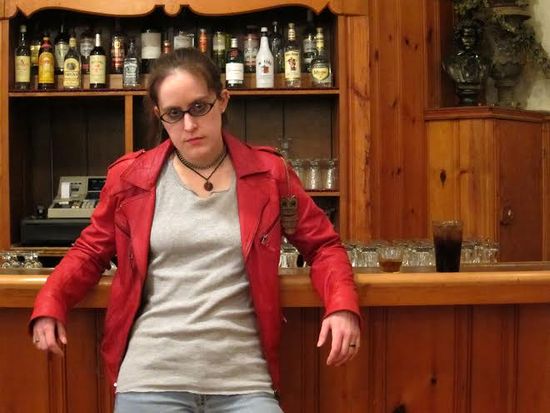 Physical description: Madison stands just above five feet tall, with a small but wiry frame. Her mid-length dark hair is usually pulled back into a loose ponytail, and on her own time she typically dresses in tight, revealing tops, fitted jeans, and black steel-toed boots. She dresses more formally at gatherings since taking the throne, but she still almost always sports her trademark red leather jacket with a gold metal owl pendant hanging from one shoulder. She often ties several bandannas around her left ankle. She's rarely seen without earbuds in. When she smiles it's more of a smirk that rarely touches her intense and somewhat haunted blue eyes. Her pale skin and cold demeanor suggest that her beast is close to the surface. 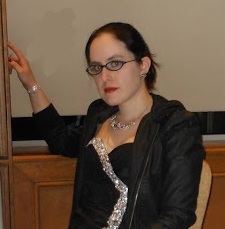 Madison Langley met her final death in late April or early May, 2015. Stories say that the Tottenkinder's magic struck out at her with Tottenkinder's dying breath, and her Beast, already close to the surface, consumed her. She is lauded as a hero for ridding the Lehigh Valley of one of the biggest threats it has ever faced, and she will be mourned for years to come. 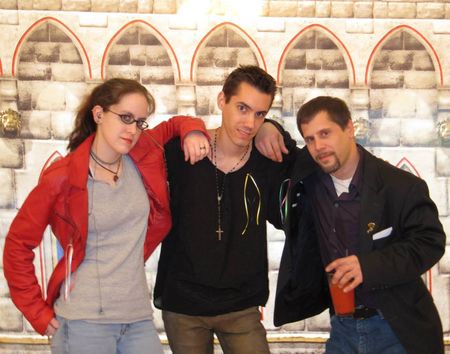 Madison, Jayden, and Zackary at the Lehigh Valley Tourney 2013 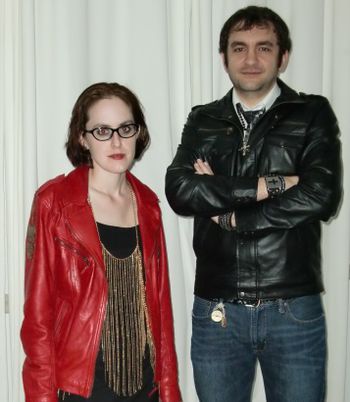 Grooving out at a gathering

Madison's sire has wassailed.
Madison is Using a D&D Monster Manual to research the "crazy shit."
Madison's bar, The Rabble Rouser, is actually the D&D Tavern where adventurers can meet up and find quests.
Madison was sold to Prince Kelly when he asked her Clan for more Brujah in his domain.
Madison is really her doppelganger that successfully killed the original.
Madison hates Anarchs.
Madison keeps...interesting...company. Who is John Q. Public?
Madison is currently on a crusade to purge all of Clan Tremere from The Lehigh Valley.
Madison's red leather jacket is like catnip for Toreador. They just have to pet it.
Madison has a fan club in the Rebellion.
Madison has a habit of staking mortals.
Madison strictly adheres to Justicar Jaroslav Pascek's edicts.
Madison has been seen lately in the company of Archon Peter Premysl.
Madison is a minion of Archon Jacob Black.
Madison's ongoing feud with Joseph Gallagher is just a facade for more complicated Clan issues.
Madison's residency was once the prize in a duel between Prince Kelly and Prince Rook.
Madison's company on a date was once the prize in a duel between Prince Kelly and a Sabbat admirer.
Madison met privately with Justicar Art Morgan at Nonclave 21014.
Madison was Prince Rook's prisoner while he orchestrated Prince Kelly's downfall.
Madison's escort to the 2015 Conclave was Peter Premsyl. What are they up to?