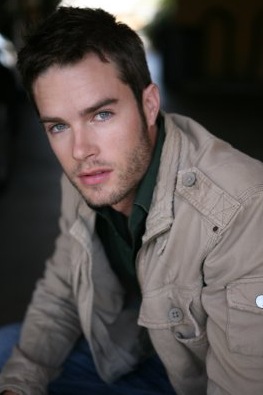 Apparent Age: Early to mid 20s, depending on shave and clothing.

Mattias came to North America sometime late last decade, most recently from Berlin. He found a home in Northern Virginia, which lived up to the "Wild, Wild West" stereotype of American Kindred behavior he'd heard stories about. His earliest times in Northern Virginia were spent in near-constant combat with the Sabbat, as they built up to their attempted siege of the greater DC metropolitan area. During this time, Mattias earned the respect of Scourge Uma Nottingham of Clan Tzimisce, who named him her Deputy.

Mattias continued to serve in this position for some time, and eventually rose in stature to speak for his Clan as Primogen. Towards the end of Adrian Florent's tumultuous reign in Northern Virginia, Mattias was named Sheriff ... and only a few weeks later, on December 1, 2010, Florent went into a meeting with most of the Primogen and Officers -- from which Adrian fled the Domain and Mattias emerged as the 52nd Prince of the Old Dominion (thereby "completing the deck").

At the opening ceremonies of Baltimore's Glitter & Gloom of March 2014, the Harpy of Krakow relayed the announcement from Prince Lucjan Czeberowski, who had Acknowledged him many years before, that Mattias was recognized as a Sovereign Prince.

Adrian Florent (possibly deceased)
Entreri Giovanni (probably deceased)
Deacon St. Croix (at least one of the Deacons might be deceased)

"Please state your name and business in our Domain." (Stock line as Deputy Scourge, used on more than one Archon he didn't recognize.)

"You Tremere and your 'third eye'!" (Spoken to Datillo and Luis Farrington, causing both to expend Willpower and then politely explain certain historical matters concerning Salubri.)

"That's a very interesting hood ornament." (Referencing Diana MahlGhoul rolling around in some sort of seizure or ecstasy on the hood of a car as he walked by.)

"And speaking of filthy things that have had a lot of cocks stuck into them, has anyone seen Vincent Velario this weekend?" (Concluding a joke which began with some Kindred who didn't have Eyes of the Beast mistakenly renting fleshlights to find the Gangrel fire at Nonclave.)

Mattias hates the Sabbat with unbridled passion due to experiences during his formative years in Europe.
Mattias let a Sabbat hang out at a non-Elysium gathering and chat with everyone.
Mattias once made Svidi so angry by insisting that Anarchs are part of the Camarilla that Svidi frenzied on him.
Mattias is a puppet of Svidi and the Sons of Odin.
Mattias refers to Tremere magic as "mumbo jumbo" and refers to Tremere Anarchs as "the new little black dress."
Mattias is a puppet of Sheniver DuBois and the Clan (Tremere) she serves.
Mattias loathes Setites and Followers of Set, and was #2 on the most recent Deacon St. Croix's hit list.
Mattias is a puppet of the Setite John Grim.
Mattias masterminded the exposure of then-Prince Adrian Florent as a Follower of Set and secretly rallied the Domain to oust him.
On the night Mattias claimed Praxis, he didn't know it was happening, and was even more surprised when everyone else there essentially put their fingers on their noses and said "Not it!" first.
The term "Ventrite" was coined by Mattias.