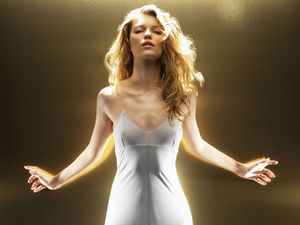 Alias(es): None that anyone knows of.


Real Name: She's never told, but it's known that it's not Anastasia Koslov.

Physical description: Beautiful, Blonde, thin Russian woman. She has a Friendly Face and a Blush of Health about her appearance that helps her fit in.

A woman with no name arrived at the Camarilla gathering of the Domain of "Suburban Maryland" in January of 2007. She had no memories of who she was, though she DID remember WHAT she was. She went by "Jane Doe" briefly, until Peaches named her "Alexandra Koslov" because it sounded Russian. She was questioned, and as she knew the Traditions and seemed to not be a recent embrace, she underwent a brief accounting before traveling with Jesse Clayborne and others of her family to Philadelphia, where she was Acknowledged by then Prince Travis Mansfield.

She maintained this identity for many years, eventually coming to serve as Malkavian Primogen of Annapolis under several Princes, starting with David Paul Barrington, then Felix Hunter, then Vincent Velario (the first time). Then, to many people's surprise, during the Conclave of 2010, she "quit" the Camarilla in the middle of her Clan meeting, in front of Justicar Maris Streck and Her Chief Archon, Knight. She was allowed to leave unhindered, and took this as tacit approval of her decision.

For the next three years, she maintained her residency of Annapolis as an Independent. She did "odd jobs" for various Princes and Officers of the Court, often accepting assignments that such prestigious individuals couldn't be seen to be connected with. She maintained good relationships with most citizens of the Ivory Tower, and seemed content with her lot in life.

Then, in January of 2013, seemingly out of nowhere (at least to those who weren't terribly close with her), she was (re) Acknowledged into the Camarilla by Prince Rook of Annapolis. When asked why, her reasons have varied depending on whom she was talking to. People may never get the full truth out of her when it comes to this decision.

In the time since, she has served the Domain as Deputy Sheriff, Primogen, and then Sheriff. It seems that, for whatever reason, she is fitting in with The Tower much better than her last attempt. She most recently returned from a two year sabbatical in which she was working on some project that she doesn't talk much about. She was again named Primogen for a few months before being named as Seneschal to Sovereign Prince Rook. As of May 2019, she resigned her position as Seneschal and returned to her Primogen seat.