Detailed Status at the time of death: 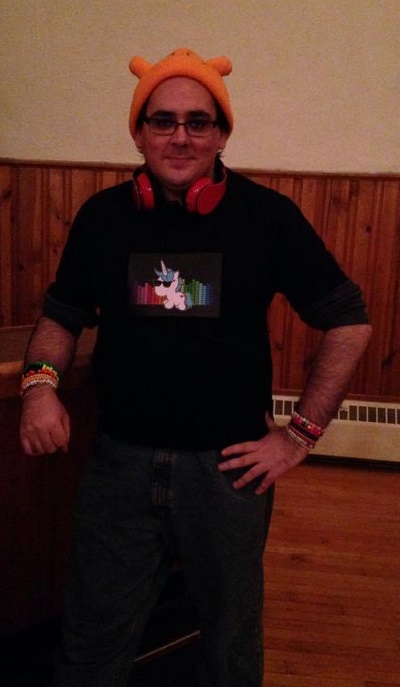 Raphael Carmichael's history begins in the Northeast in the early 20th Century, where he was mostly beneath notice. He spent much of his time in study, learning both the ins and outs of the Camarilla and the magic of Clan Tremere. In the late 1800's, there is a record of a man fitting his description who was a member of the Order of Hermes and also instrumental in Aleister Crowley's development of Thelema, and, presuming they are the same person, that attitude towards magic seems to have continued in his unlife.

In the early 2000's, when Jann von Strauss decided to retake Los Angeles from the Anarchs, Sabbat, and Kuei Jin, Raphael Carmichael was the only Tremere who was visibly active in the war. Raphael quickly rose to the position of Primogen, and was often called upon to oppose Koldunists and the few magicians the Anarchs could bring to bear. He prevailed in all counts, and spent a very short time as Seneschal to Prince von Strauss before moving north, to the Bay Area of California.

While in Berkeley, Raphael served as Primogen and Seneschal to Prince Aliya Markham, and then to Prince Michaelangelo Archadia. During his stay, he often opposed the Sabbat, Lupine threats, and the Fae, as well as taking on several demons and at least one Kindred who had chosen to sell his soul to them. He spent a good deal of time in Sacramento, Stockton, and San Francisco as well, and was often seen in the company of Lyla Mercy, Javert Witchblade, and their associates.

Those five or six years were when he earned recognition outstripping the domains he resided in, and many Kindred of the Camarilla knew him to be Ruthlessly Efficient in his dealings, both with the Sabbat and with infernalists, which he seems to be particularly opposed to.

Raphael's Loyalty to the Camarilla has been recognized a total of four times by four separate people, although he presently only claims two of them. During an unfortunate encounter with the unacknowledged Kindred under Archon Alecto's accounting, Raphael was stripped of two of those measures for his restraint of the Kindred in question to prevent her from attacking him. Prince Virgil Deems cleared him of all wrongdoing in the event, but Archon Alecto, who was Harpy at the time, still viewed the actions as scandalous when she received a report of them, as she had not been present that evening.

When his tenure as Seneschal to Aliya Markham ended in Oakland, he moved to Sacramento and took up residence there for a majority of the time. He still often visited the East Bay and San Francisco, but he's very open about spending almost all of his time either in research for Clan Tremere or opposing the Sabbat in the area.

In 2014, though, Raphael unexpectedly emerged from the library, said his goodbyes to the Tremere of Sacramento, and has since spent his time in Reading and the Lehigh Valley. He presently holds no position in the Camarilla, but is no less ardent in his defense of the Ivory Tower.

In early 2015, after Joseph Gallagher became Prince of the Lehigh Valley, Raphael was elected Harpy. There were some rocky moments with the Primogen before they eventually settled on him, but his reputation speaks for itself. Since becoming Harpy, he's been very proactive in maintaining appropriate behaviour and prestation in the Domain, and it's pretty clear that he's taken his political maneuvering to a National level.

Being one of the only magicians in the Lehigh Valley, Raph is often called on to answer the more supernatural threats, despite being the Harpy. Since taking office, he's had to deal with the local Setite Elder, Sebastian, on numerous occasions, face off against the Sabbat, cope with Lupine incursions, and deal with a Node that was utterly consumed. As a result of his tireless Dedication to the safety of the Domain, he was recognized by Primogen Doctor Jacobi. The commendation came not only because of his response to the threats of the area, but also because he found time to educate the many neonates on the intricacies of Camarilla politics and how to navigate them. The recent influx of such childer into the Lehigh Valley provided him with some concern at first, considering the Sabbat to the north, but he seems to be slowly coming to trust them, and he certainly makes certain they all understand the labyrinthine manouevres of prestation.

In early 2017, Raphael met his end against the infamous Demon Child of the Assamites, ur-Shulgi, during Glitter and Gloom.