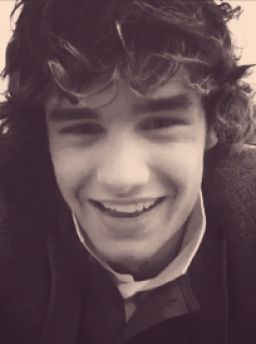 Physical description: Lithe, handsome, small in stature, with gorgeous brown eyes and artfully arranged brown hair. Seems to always take great care with his appearance, wearing the latest in High Fashion with Mediterranean flair. His skin is a healthy pink; he always seems to be breathing, and occasionally even sneezes.

Pitcher for the home team

Pierrot came to the Marble Court from Marseilles, and was introduced to society there by Louisa Martin and her childer Lysandra Martin. He wears a large, very finely crafted (Crafts x 6) gold ring, inlaid with emerald, which he obtained shortly after arriving in Washington. The Primogen Council of the Marble Court chose him as their Harpy in the summer of 2012, and he continued to enjoy the Council's support after Eddie Dervish claimed Praxis following Prince Datillo's disappearance.

In the summer of 2013, Prince Greggor, upon his ascension to the throne, named Pierrot his Seneschal. Greggor's reign was cut tragically short when he was assassinated by Ellie Xian six nights later. In the immediate aftermath, Pierrot refused to yield his post as Seneschal until the investigation into Greggor's disappearance had confirmed his demise, and until the Domain gathered so that Praxis could, in accordance with proper decorum, be claimed in person. Greggor's successor as Prince, Cross Paige, offered Pierrot a place as Keeper, which Pierrot publicly declined that evening -- Pierrot eventually accepted a position as Primogen, and kept a relatively low profile until drawn out of hiding by the next event described here.

In November of 2013 at the tournament hosted by Prince Kelly, Pierrot lost to the eventual victor in the melee, Seneschal Alicia Knight of Baltimore -- but their contest was so sporting that she awarded him her favor in support of his competition in the joust ... where he lost even more narrowly to the eventual champions, Prince Simon Ashe of Cleveland and his direwolf mount (also the Lady of Love and Beauty as crowned by Prince Ashe), Primogen Daciana Roman of Northern Virginia. Pierrot's mount was not as impressive as Primogen Roman, as it was not another Kindred, but was instead a steed which snorted smoke, breathed fire and was made entirely of metal, yet was somehow animated to act just like a "real" horse. While their joust required a fourth tilt to break the tied score after the standard three passes, many in the audience failed to see any of the action, as most of it took place within a shroud that was far blacker than the Long Night itself.

In December of 2013, Prince Asher Greggersen successfully challenged the Praxis of Cross Paige, and named Pierrot his Seneschal upon returning to the assembled Kindred of the Domain. Asher's claim was challenged by email by the Ventrue Nelson Barrington, who vowed to kill Asher and take his throne. In January 2014, Nelson failed to come forward and defend his claim in person, thereby resolving the contested Praxis -- but not the unfulfilled and unforgettable oath of vengeance. 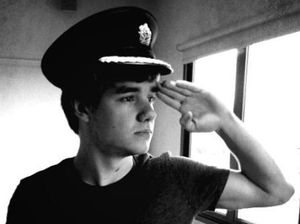 Nope, no shadows behind this guy

"My residents deserve to know that they risk being similarly 'boon rolled'." -- sent to residents of DC shortly after Khloe Hale's 'education' of Pierrot began.

"I'll bring some other 'refreshments,' for those who enjoy such. Limited supply, so you might have to put on the Prince's new brassiere to prove your loyalties first." -- referring to Prince Dervish's The Fast and the Furious 6 party, and to the magical, cup-size-increasing bra Pierrot gave Eddie Dervish, which he obtained from Liana Masters at an "occult objects fire sale."

After witnessing Praxis changes during his first visit to Winchester, during his first and third visits to Baltimore (a mere four weeks apart), and in DC in October 2012, August 2013, September 2013 and (most recently) December 2013, he's gotten interesting offers as a "Praxis talisman" to visit / not visit certain other Domains.


Pierrot is actually a Toreador.


He's got mad chemistry skills, particularly when it comes to pharmaceuticals.


Likes nothing better than a great party, and is happy to supply the chemical enhancements needed to make a good party great.


Has particular talents or connections for making underground parties of legend happen somehow.


Has been receiving an education about Camarilla prestation from Khloe Hale.


Was secretly crushing on Khloe Hale but concocted a fake boon/prestation argument with her in order to hide this from her brood-nephew and his Prince at that time, Eddie Dervish.


As Greggor's Seneschal, he held the Praxis (after Greggor's death) in Greggor's stead for about as long as Greggor did.


Despite a "rule" at the Long Night tournament of 2013 that each knight could only accept the favor of one lord or lady (which was required in order to be able to joust, and to win the honor of naming the Lady/Lord of Love and Beauty for the event), Pierrot entered the joust with the favors of the three loveliest ladies present (including that of the lady, Alicia Knight, who had defeated him in the melee and eventually won it) pinned upon one sleeve, and the favors of the three handsomest lords (including that of Justin Ashe, the childe of the Prince who ended up defeating Pierrot and eventually winning the tournament) pinned upon the other.