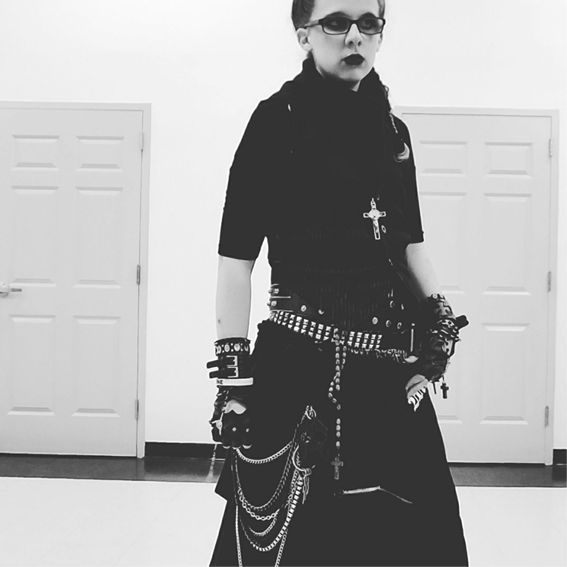 Physical description: Ellie is roughly 5'7. Her build is lithe, how lithe is dependent on her appearance. She looks nothing like her pedigree would indicate. She dresses in a black/red color pallete mixture in a punk/visual-kei style clothing with little regard for what people think about her style of dress. Her style has been described by a Toreador as a 'a sophisticated blueblood style of grunge." She always has at least two rosaries and a silver incense burner hanging off her skirt, hip, or belt at all times. Her make up is rather off putting.

Most think her to be an Assamite, a Lasombra Anti Tribu, or a well dressed yet rebellious Toreador. 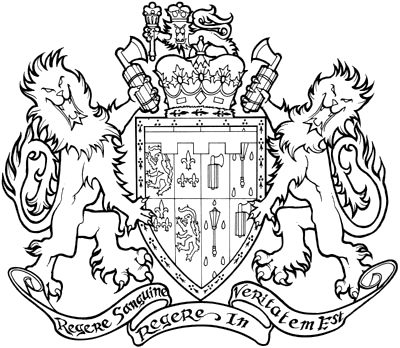 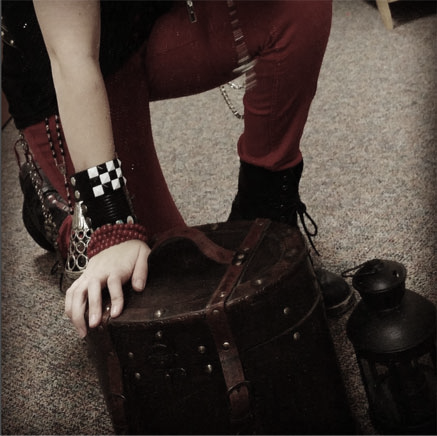 Ellie was born in the eastern midwest, near the Great Lakes, in the late 80s. She grew up in the tech boom and spent much of her teenage and college years working for internet safety groups, being on the forefront of early efforts to stop internet treachery towards small children. She does not speak much of her past before but there are obvious aspects of her history that are still evident in how she conducts herself in her eternal nights.

Ellie was embraced by Malcolm Durrett while he was still Prince of Dayton, Ohio. Specific reasons for her embrace are unknown. The rumors range from 'because she outsmarted three domains' to 'Lily liked her'. The end result was still the same. She was embraced and immediately sent to the UK for her Accounting and Agoge.

She returned in 2015 during the Conclave and was Acknowledged in July of the same year by Kein at Grand Elysium.

In October of 2015, Ellie converted to Catholicism.

In December, she attended the Anarch Gathering in Chicago, IL.

The meeting of the movement in January of 2016 off the shores of Miluwakee, Wi further Ellie's ties to the movement. Post the gathering, she became a much more visible face to the movement, spending the first six months of the year wandering much of the midwest, popping up most frequently popping up in Evansville, IN and Cedar Falls, IA.

Ellie outed herself as a Mayhem Prospect and quietly stopped requesting Hospitality from domains she visited.

She is known to be an 'official' resident of Milwaukee, WI but spends most of her time traveling from Domain to Domain.

Ellie has little time or interest in Camarilla politics at large, especially when she has to deal with things directly. She can, and does, put on a proper face when it is required of her to do so, but it's plainly obvious to any who know her just how much it annoys her. She has picked an assortment of Princes and Domains she tolerates and willingly works with. Everywhere else, she keeps her head down and stays the fuck out of it as best she can.

Ellie openly has ties within the Anarch Movement, choosing to select her bodyguards and associates almost exclusively from the ranks of those in the movement, either among the members of the loyal opposition or from the ranks of the true blue members of the Anarch Movement itself. She believes, and supports, the purpose of the movement to be independent, free to make choices and suffer consequences completely of their own accord. She will put out a great deal of effort for her brothers and sisters, pending they aren't inherently stupid.

Ellie first sported her Top Rocker in February of 2017.

She is rumoured to have four cuts that she trades out, depending on the outfit needed for the occasion.

Mayhem, to Ellie, is family. She treats it as such. 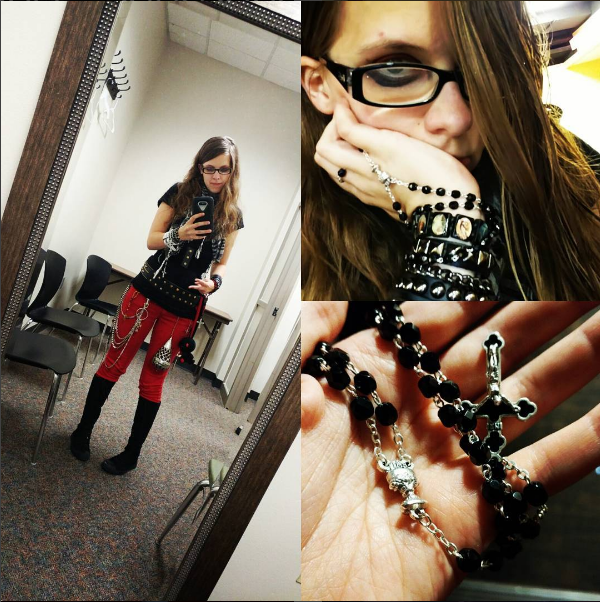 Ellie converted to Catholicism in October 2015. She was raised LCMS and still occasionally sings the 'wrong' versions of the liturgy, especially in regards to communion. She does not ever sing the post communion postlude in Latin.

She carries a liturgy book or a book of common prayer along with several translations of the Bible. Despite the obvious paraphernalia, Ellie does not force her religion down anyone's throat but does not hide her rosaries. They are an extension of her being.

She is known to preform the last rites, in full or in part, when death occurs. This started shortly after her conversion and she's been very closed lipped as to why she does it. She frequents churches when she can, even a dirty protestant church if they have a good pipe organ. She does not hide her faith but she does not advertise it either. 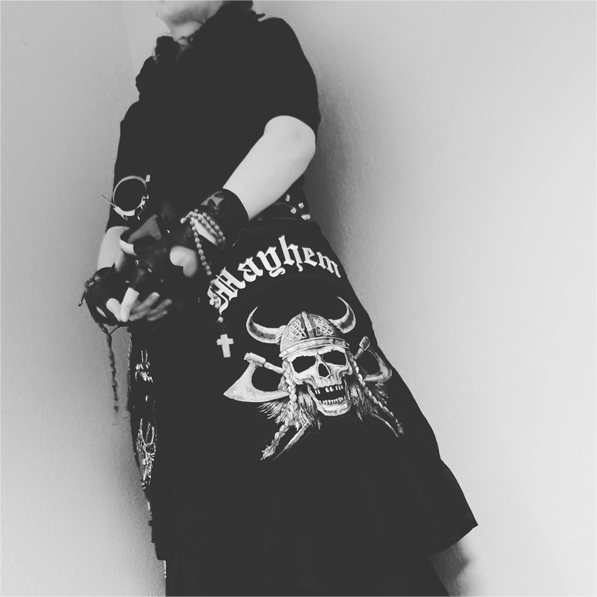 Ellie is known to show up in the strangest of places and is known to know most things and if she does not know, she knows someone who knows. She is quiet, frighteningly so, and given that her lineage is not something she advertises, there are many who do not know she is a Ventrue until another outs her as such. She does not like to get involved in things including large numbers of people and will pull back, choosing to send a representative, if it gets to be too crowded for her.

Ellie is known to be an opponent of the boon system and does not use it for payment in her transactions unless she is forced to. She believes it to be archaic, among other choice adjectives, and prefers to allow repayment to happen organically.

Ellie does not often label someone an Associate but once they obtain the title, it's very hard for them to lose it. Associates get the first Crack at all her connections and information network. Period. 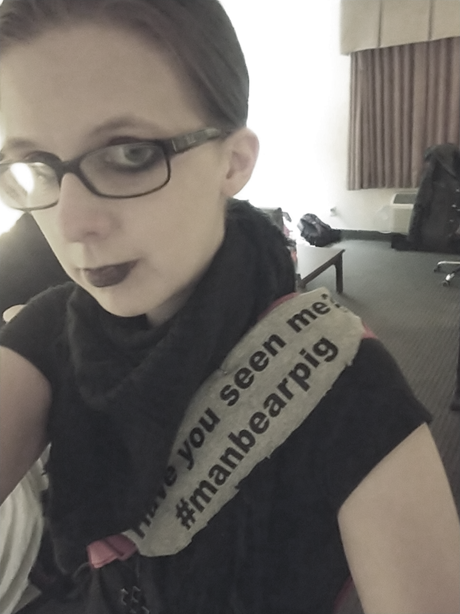 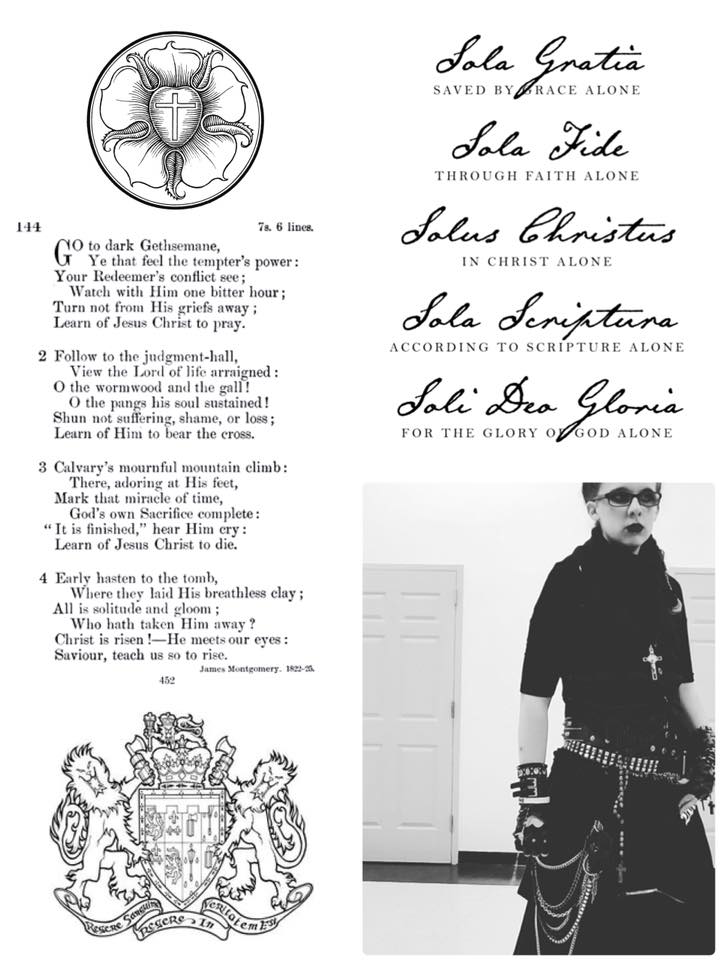 
“The most tragic thing in the world is a man of genius who is not a man of honor.” ― George Bernard Shaw

“You always have a choice. Don't ever imagine you don't. Whatever you do, it's a decision and you have to accept responsibility for it. That's when honor becomes more than empty words.” ― Lynn Flewelling, Stalking Darkness

“When everything goes to hell, the people who stand by you without flinching -- they are your family. ” ― Jim Butcher

“For you will certainly carry out God's purpose, however you act, but it makes a difference to you whether you serve like Judas or like John.” ― C.S. Lewis, The Problem of Pain

“They who can give up essential liberty to obtain a little temporary safety deserve neither liberty nor safety.” ― Benjamin Franklin

“The torture of a bad conscience is the hell of a living soul.” ― John Calvin

“Do not wait for the last judgment. It comes every day.” ― Albert Camus

“Faithless is he that says farewell when the road darkens.” ― J.R.R. Tolkien, The Fellowship of the Ring

"I never like to work based on trust. It takes hard work to build up trust, but only an instant to lose it. There's no less profitable investment." - Ushiromiya Kyrie

"Who can gaze into the mirror without becoming evil? The mirror does not reflect evil, but creates it." - Motoko Kusanagi 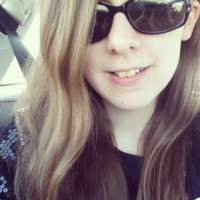 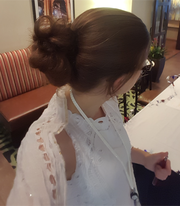 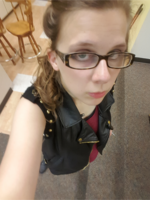 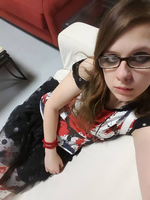 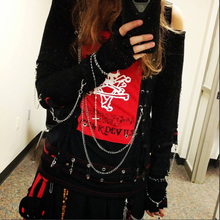 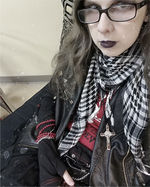 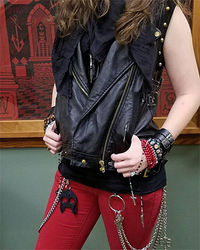 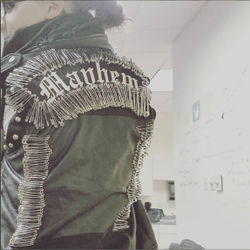 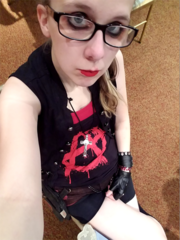 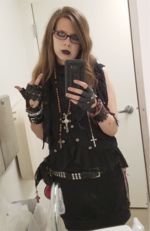 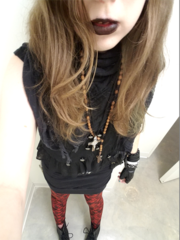 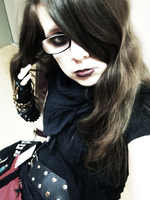 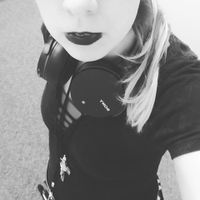 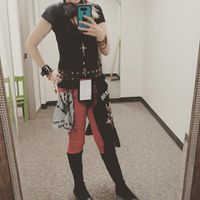 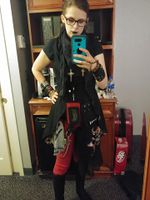 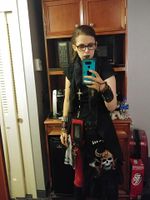 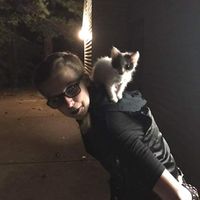 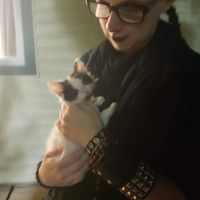 To Catch a Predator
4chan
Helba
The Major
Azula

"Sooner or later, she'll get off the fence. I hope she chooses the right side." - Gary Kowaleski

"Clean up this mess or fucking pay me" - Ellie, to pretty much everyone.

"You do know how the story of Icarus ends, right?" Richard St. John

Ellie is an independent Ventrue

Ellie is a Lasombra Anti tribu

Ellie is a mole working for the Ventrue Justicar's office.

Ellie is actually a Toreador from Lily's lineage.

Ellie got bad touched by a Malkavian

Ellie's Protean Form is a cat on bath salts

Ellie won't ride in anything less than Business Class.

Ellie goes by 'Ellie' and not Izzy due to the fact that Izarra Getzi laid claim to the nickname and threatens to murder and or eat anyone who uses her name.

It is rumored that Ellie's last name is actually Schrodinger, and she is the inspiration for the famous Quantum experiment.

Ellie has half the important members of every sect in debt to her.

Ellie is a secret spy for Warlord Karsh.

Ellie is a Caitiff with Ventrue and Toreador lineage.

Ellie has a secret communication with her sire based on messages hidden in YouTube videos.

1 I say then, Hath God cast away his people? God forbid. For I also am an Israelite, of the seed of Abraham, of the tribe of Benjamin.
2 God hath not cast away his people which he foreknew. Wot ye not what the scripture saith of Elias? how he maketh intercession to God against Israel saying,
3 Lord, they have killed thy prophets, and digged down thine altars; and I am left alone, and they seek my life.
4 But what saith the answer of God unto him? I have reserved to myself seven thousand men, who have not bowed the knee to the image of Baal.
5 Even so then at this present time also there is a remnant according to the election of grace.
6 And if by grace, then is it no more of works: otherwise grace is no more grace. But if it be of works, then it is no more grace: otherwise work is no more work.
7 What then? Israel hath not obtained that which he seeketh for; but the election hath obtained it, and the rest were blinded.
8 (According as it is written, God hath given them the spirit of slumber, eyes that they should not see, and ears that they should not hear;) unto this day.
9 And David saith, Let their table be made a snare, and a trap, and a stumbling block, and a recompence unto them:
10 Let their eyes be darkened, that they may not see, and bow down their back always.