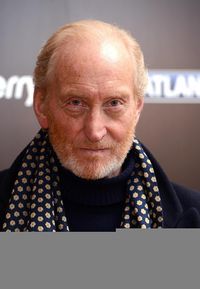 Described as extremely commanding, charismatic, and intimidating, Monsignor Ezekiel Cross is a man whose force of personality can be felt by all of those around him. Standing 6'3", his green eyes seem to pierce to ones very soul at times. Always sharply dressed, he can always be found with a rosary around his wrist, and either a bible, or other religious or occult text in his hand as he roams Elysium.


After a successful career as the Harpy of Griffin, Ga, Ezekiel Cross graciously retired and has publicly announced he is leaving Griffin for Florida to pursue other goals. Within 2 hours of his arrival in Lakeland, he was named the new Harpy.

Records of a man named Ezekiel Cross can be traced back to the mid 1600's in the Massachusetts Bay Colony area, and was associated with many of the witch hunts in the area, according to older church records. Whether or not this is the same man that roams the city of Griffin today is unknown.

Monsignor Ezekiel Cross appeared in the domain of Griffin in mid 2013, shortly after a fairly major scandal amongst the Ventrue of the area. He quickly made his name known, and is known to be both a disciplinarian and traditionalist of the highest caliber. He almost seems to take pleasure in reining in members of the blood that act against the traditional ways of the Ventrue.

Perhaps the most disturbing thing about Monsignor Cross is the aura of power he seems to radiate at all times. To some, it may resemble true faith, but to others, it may resemble an immense force of will that practically radiates from him. Regardles, it seems to put a number of Kindred in the domain ill at ease.

If you know of it, you're probably in it.

Elaine Reynolds, recently claimed to be his first childe, many years ago.

Knockin' on my Coffin- Bat Country

Ain't No Rest for the Wicked- Cage the Elephant

Who did that to you? - John Legend