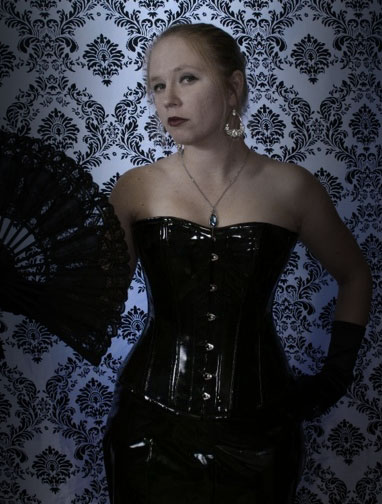 Physical description:
Selene is of average height, but a surreal beguiling beauty and attraction that matches her stark eerie presence. She moves with a vampiric grace of a creature comfortable in her Kindred state. She is most often seen at large social functions in a long and elegant evening gown, adorned with diamonds. Other times, simply formal black slacks and business clothes, with a slytherin scarf about her black wool coat.

Selene appears to be on very low humanity, having taken steps in recent nights to return to the Path.

[OOC for Nosferatu PCs only: Selene has Clan Friendship: Clan Nosferatu for her years of dedicated service to two Nosferatu Justicars.] 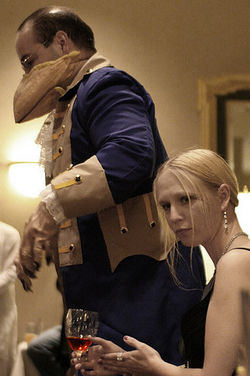 Selene has been deeply involved in Camarilla politics ever since she came mysteriously into the scene in 2001. It has been rumored that in the days before being an Archon, she would replace Princes on whims, and was responsible for placing many of the Princes she was Seneschal to in their positions. After a failed Praxis attempt with the help of her allies Xavier Murdoch, Michael Heartsblood, and Matty Evans, she turned to the Justicariate for political outlet, and became one of Ctarinov's more ruthless and political Archons. When Cock Robin became the new Nosferatu Justicar, he retained Selene Lazarion on staff, though she now seems to stay in Memphis with him.

A careful predator amongst the societal flock needs allies in all the right places to tow the line between useful and expendable, and she is known to be entrenched politically within the Sect, with rumors of extensive under-handed deals, off-the-books boons, blackmail, extortion, and underworld-like activity. It is likely that the witch weaves her thaumaturgy towards such ends.

She has a reputation for a bit of a shady past. It is rumored (through the Nosferatu leaking her background to the Sect) that her sire was the globally bloodhunted Arcades Daemos, and at one point had been an assassin for Arcades and Andrea Grimmwald. She is known for a notoriously intense hatred of Assamites, and treats Caitiff with contempt.

Selene has been involved in many of the major Sabbat fronts in New York and San Diego. She has also been known to go to small towns and hunt down full packs of their Sabbat herself out of boredom.

During the 2011 Conclave, Selene was the speaker for Clan Tremere dedicated towards pushing the agenda of the Clan forward. She had been released from service as Archon roughly two weeks prior. 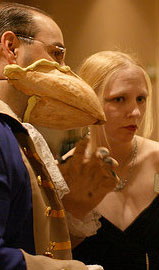 These nights, Selene now seems to be a seasoned political asset to Clan Tremere, acting directly as a speaker for the elders of her Clan. She carried over fifty status to speak for her Clan at the Conclave of 2011. 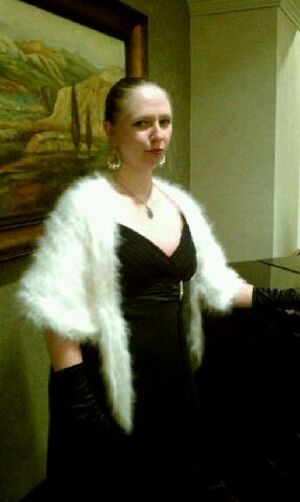 These nights Selene tends to keep to Justicar Cock Robin's Archons, and also seems to be a part of a Clan Tremere group of politically-minded individuals... neither which are truly a Coterie.

[For Tremere PCs only: Exigo of House Validus] 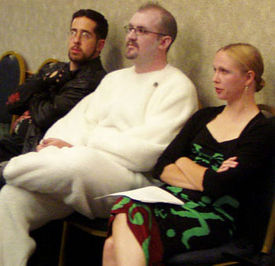 ...and others she has likewise actively destroyed but never laid a finger on. 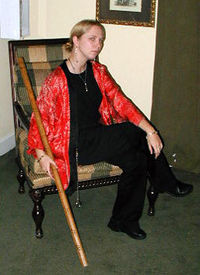 Other Known Childer of Arcades Daemos:

Selene is known for her elegant gowns... 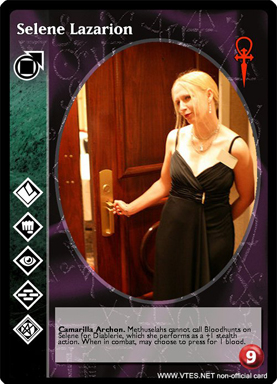 Selene, VTES style as made by Joe S. 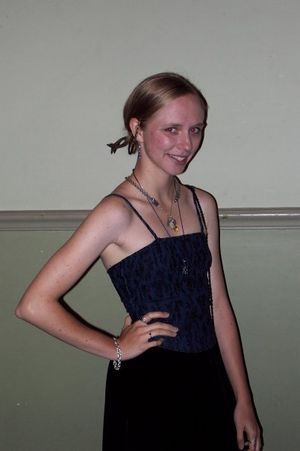 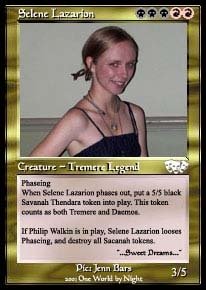 Selene Lazarion Magic the Gathering card made by Scott L, from the late '90s.

[Feel free to add a quote if your PC has a quote about Selene.]