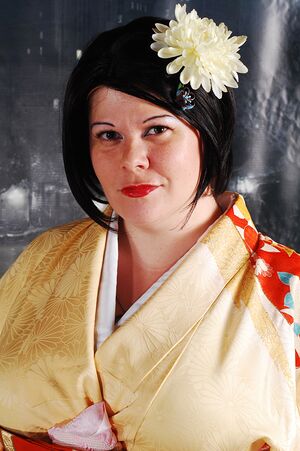 Picture taken by Sean Posey Photography at the Grand Masquerade

Concept: Speaker for the Dead

Physical description: Masako is a delicate sylph of a woman, her height not even reaching five feet. She prefers to wear traditional kimonos of her station when entertaining, yet during her time as scourge she was known to sport more casual clothing. She keeps her black hair cut short to her chin, and her gentle features shift from an absent gaze to a charming smile.

Masako was a popular Geisha from the Gion Kōbu okiya in Kyoto, Japan. Her gifts as a medium manifested themselves at puberty, and her shrewd "Mother" took full advantage of this. Masako became a highly publicized Reibai (spirit medium) who would entertain as well as cast fortunes, attend shrine dedications and speak to dead ancestors.

She appeared out of nowhere in eastern Europe somewhere around the 1930's, and by the end of the Second World War was embraced by the Toreador Jasper Renfield of Bern, Switzerland. After her release from the Accounting she disappeared from the radar and re-emerged in San Francisco in the mid 1970's. She only remained in the U.S. for a few years before returning to Europe.

Masako has kept a rather low profile since her embrace, and was a citizen of Copenhagen, Denmark immediately prior her arrival to the United States. She has starred in a documentary film, Ghost Stories, which has earned her much acclaim as a Medium. It was released in 2010 with great success. She has been known to travel to domains that report "Wraith Trouble." (Fame 5: Medium)

In October 2011 Masako suddenly left her position as Sceneshal in Iowa City to return to Kyoto. She has remained there since. 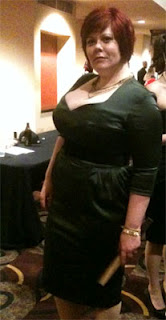 Start with a liberal dose of Ai Enma,
Add in one part traditional Japanese Geisha,
Mix in the ability to see and hear dead people,
Add in a splash of "Gorgeous Tiny Chicken Machine Show"

"She's like a living china doll. I'll bet it takes the same amount of pressure to break her." -Augustine St. Just


"Let's give her a ton of caffeine, listen to J-Pop on the ride and then just turn her loose. It'll be hilarious." - Aleister Blackwell talking to Zio! about going on a road trip to Peoria.