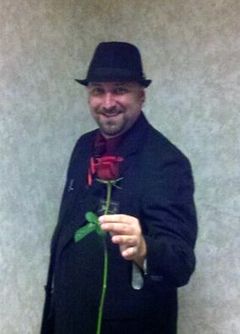 Character Description 6'2" with dark brown hair and everchangeing facial hair. He is well built but not stocky or overly muscled

Vinny is a famous singer who lives in Baltimore MD where he held Praxis April 2011-July 2012. He is known as a Loyal friend and a fierce fighter. He spent most of the 50's and 60's in Las Vegas as a featured singer at casinos run by the Giovanni. He then did some traveling before settling down in the Mid-Atlantic in 2005.

Dean Martin and the Rat Pack