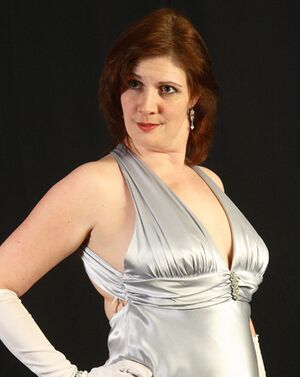 Concept: Scholar of all things, educator of some.

Physical description: She is 5'7" of average build, long, wavy, auburn hair and dark green eyes. She favors dramatic styles, be it modern or classic. Most say she has a timeless look about her. She appears mortal with a blush to her skin, it is only when you see her eyes that you realize she is anything but mortal. She also has a quality about her that is hard to pin down. She seems to be whatever is needed at the moment.

Entered American Kindred society courtesy of Michael Heartsblood as Cassandra Nightshade. First appeared in an American Court in the Domain of Columbus under Prince Indigo. She was encouraged to change her name to Sumner by Richtor Barnes during the Nonclave of 2003. Richtor was well-known for having issues with stupid names. She has been Cassandra Sumner since then.

Served as Primogen in Columbus under Prince Indigo and Prince Selene Lazarion. She is the sole surviving member of the Primogen Council who removed Selene Lazarion from Praxis.

Much like a Kindred "Mary Poppins" she goes where she is needed to sort out one problem or another, never staying too long in one area. Currently, she resides in Cleveland, but has been known to travel.

Now that is a horrible idea. We know others are not to be trusted.

Her sire once appeared at the Carnivale celebration during Grande Elysium. His time was occupied by Archon Francis Merivein for some time before his departure.

No childer, students and proteges, now that is another story.

None that I know of.