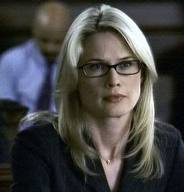 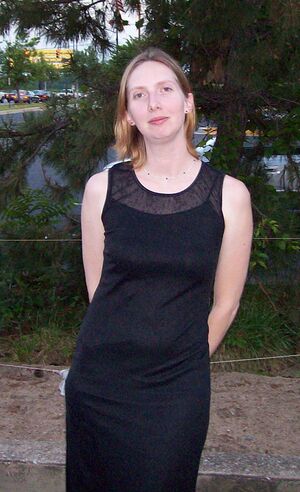 Concept: A visionary, looking to help guide the clan and the Camarilla to a brighter future.

Physical description: About 5'8" tall and thin with blonde hair and hazel eyes, Samantha dresses in modern fashion, avoiding the stereotypical business attire save for important meetings.

Samantha came to Baltimore in 2005, accompanied by her business partners Anton LaBaizes and Vincent Velario of Clan Toreador. They were a musical representation firm, and Samantha acted as their legal counsel. Eventually, the trio moved to Annapolis, where Samantha served in various offices including Primogen and Keeper of Elysium. She relocated at the behest of her Clan to Washington D.C. for a time, before disappearing to France for over a year. When she returned, she resettled in Baltimore where she became Seneschal under (then) Prince William Schultz, only to take the Praxis for herself a short time later. After about 6 months, she relinquished Praxis to her Seneschal, Michael Jameson, and disappeared again for about three months. When she returned, she chose to remain out of the spotlight, preferring to move behind the scenes. She recently accepted the position of Scourge under Prince Vincent Velario of Baltimore; something that seems to suit her.

Sam's club: A fake coterie formed by the many citizens in Baltimore who were named Sam (Hart, Clarke, Carter and Askew were the founding members). Anyone with the name Sam can join, we just need your credit card information. The first month is free and the membership fee is $99.00 / year.

Sam is still known to be close to Vincent Velario, though his sire, Anton LaBaisez, seems to be out of the picture. Much to many people's chagrin, she also seems to be friends with Sam Clarke of Clan Malkavian. She is often seen in the company of Toreador, Malkavians, or her own clan.

Take one part Diana Palmer from the Phantom, stir in a pinch of Inez Milholland, a dash of Alice Paul, stir vigorously.

Anything by Panic! at the Disco.
Short Skirt, Long Jacket by Cake

"I had my pole surgically removed years ago. My ass is much happier for it."

Something about being Prince made her snap. The real reason she relinquished Praxis is because she went crazy.
She's more Toreador than Ventrue.
She's more Malkavian than Toreador.