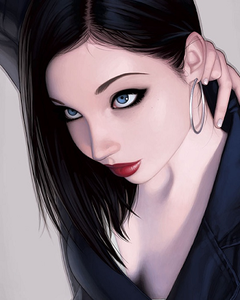 Physical description: In recent nights, Silhouette often assumes the feminine guise of a willowy, elegant woman in her mid 20's with long, straight black hair (or white, depending on her mood) that is pulled partially back into a single braid that falls nearly to the backs of her knees and emphasizes her almost feline grace. She has the slight build of a ballet dancer and is lean in stature, standing 5’4” tall. She has large, brilliant eyes that are amazingly striking (Fascinating Gaze merit). When she speaks, her words betray her Eastern European heritage. Her Croatian accent is distinct and she has a beautiful, lilting voice (Enchanting Voice merit). She often has the faint scent of Del Rae Eau Illuminee, that is a light, sweet fragrance.

In past years, Silhouette donned an antique, cracked black and golden Venetian mask. The mask has since been placed in retirement. Who needs that old thing anymore? 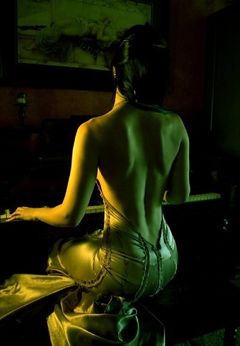 Nosferatu Prestige (Associated with its SchreckNET handle only): 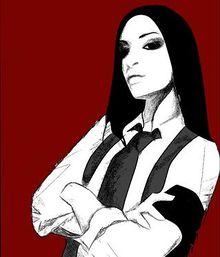 It is a bending, twisting thing that came from the sea. When I look upon it, I see only myself... 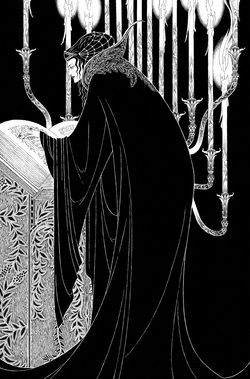 The entire Domain of Savannah, Georgia...
...and others.

The tender word forgotten, the letter you did not write, the flower you might have sent, dear, are your haunting ghosts tonight.

If your parents never had children, chances are you won't either. But, who knows? 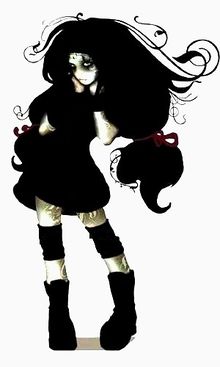 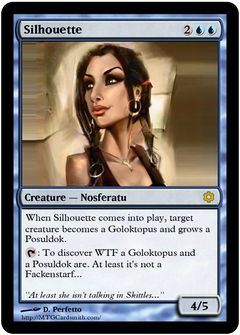 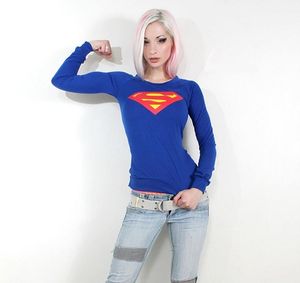 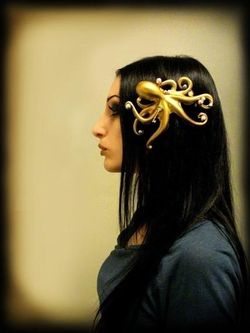 "The dark-veiled silhouette that solitary form patrolling without visible strain or vainglory a demented dreamland of fearful potential."

"Safe upon the solid rock the ugly houses stand."

"Eggroll! Get out of that tree!" 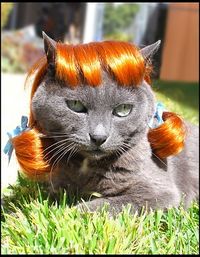 "You spent all of the Gala money on me? Awww! That's so sweet!"

"Prestation doesn't care if you're nuts."

"Throw some glitter make it rain."

Silhouette: "Vhat about the dog? Are they the type of people who vould torture a dog?"
Yonna: "...let's take the dog."

"I don't need an intervention! Jeez!"

"Holy shit. Look at all these naked people. These definitely aren't the droids ve're looking for."

"How in the hell did this tiger get peanut butter all over it?"

"Ahh! Get offa me! Your knee's in my cootchie!"

Silhouette: "Maybe ve're 'aving a delayed reaction to the trauma of being shot at like those guys in 'Nam."
Yonna: "You can't say 'Nam, Sil. You veren't in 'Nam. You have to call in Vietnam."
Silhouette: "Shut up, Yonna! I can call it vhat I vant!"

"We are Sil. Resistance is futile." 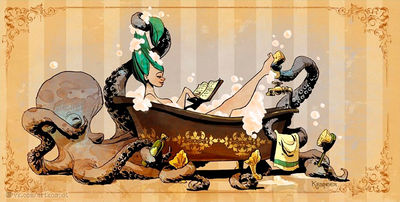 Malcolm: "Would you like a drink?"
Silhouette: "No thanks. I'm breastfeeding."
<silence>

"She doesn't even go here!"

"WEREWOLVES? Ain't nobody got time for that!"

"I've logged 35 hours of The Walking Dead, 33 of which was Daryl Dixon time. I've got this 'shooting a crossbow' thing down. Trust me."

"We need more watermelons. And wigs."

"Uh, what the fuck? Is this a hymnal? Or a spiritual? Am I supposed to pledge or salute?"

"Help! Help! This man is trying to smear erdnussbutter on my schnauzer!"


"Yay! I get to play a shapeshifting rogue who can turn into a giant octopus and use her ink as poison! And I might get a magical dagger too! I'm gonna name her Jamm!"


"It's hard to dance with the devil on your back."


"The moon is on my side, motherfucker!" 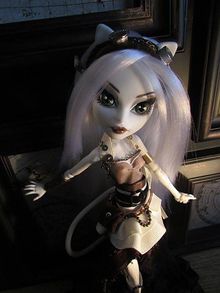 Krieger: "I believe that it may be time to introduce your Dr. Porkchop to my Chairman Meow."
Silhouette: "That TOTALLY sounded like a sexual connotation...."


"I think that hooker vas already dead before I got here."


Yonna: "If you could have world peace or marry Daryl Dixon, where would you go on your honeymoon?"
Silhouette: "Italy."


"You know vhat? I'm done vith all of this shit. Fuck it! I'm goin' outside an' gonna mace some pigeons."


Silhouette: "You can do this, Aaron! You're the fuckin' Violator! You can be the hero!"
Yonna: "Enrique fuckin' Iglesias."
Silhouette: "That's right! You love that song!"
Aaron: "I love that fucking song!"


"Cats do not abide by the laws of nature."


"My hair is so big because it's full of secrets."

"I was always an unusual girl. My mother told me I had a chameleon soul. No moral compass pointing due north. No fixed personality. Just an inner indecisiveness that was as wide and wavering as the ocean."

"When I was a child, my mama said to me, 'If you become a nun, you'll be a Lady Abbess. If you become an Efendi, you'll end up as Sultana.' Instead, I became a Harpy, and wound up as Silhouette."

"Brujah rave? Okay, so vhat can I vear that vill go vith a rape vhistle?"

Silhouette pulls forth a golden harp, summons an angel, and floats away in its arms.
Yonna: "That bitch just took my ice cream."

"Mind if I ask vhat it is that you do? I assume somethin' vith Administration. I say that because you can't swing a dead cat out there vithout hittin' a Prince or Seneschal or something 'er other."

"How do you even do that? It sounds...menstrual." 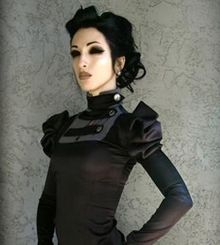 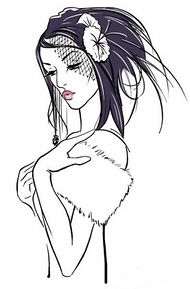 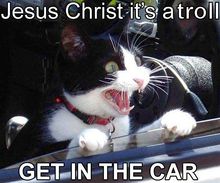 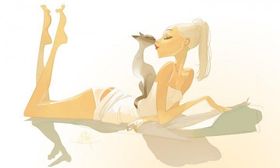 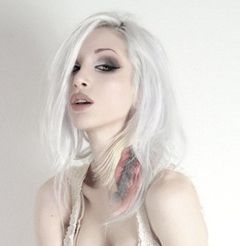 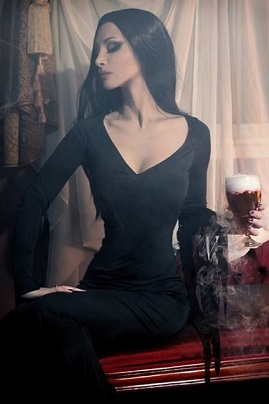 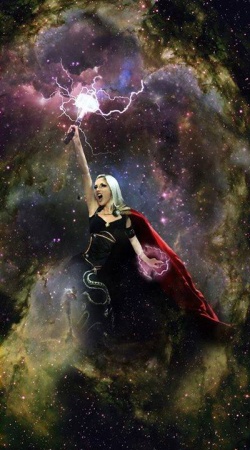 Sil was once asked if it would consider being Prince...

If you plan to attend the Domain of Savannah, Georgia, please fill out a request for Hospitality HERE.