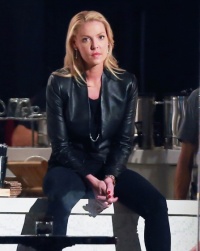 Physical description: When masked, Chiton appears 5'11", blonde hair, brown eyes.
Unmasked, Chiton has thick leathery bleached skin reminiscent of a dead armadillo with porcupine-esque quills where her hair would be. Not exactly cuddly.

The Twins appeared in Savannah in October of 2010 after the city put out a call for anyone willing to repopulate the domain. They had come from Las Vegas, where they had been for decades, in search of opportunity.