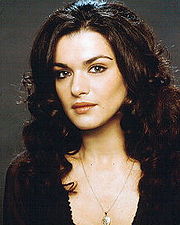 4'7", olive complextion, ridiculously long dark brown hair and fogged out, milky white eyes. She has a slender and athletic build. Evie speaks with an Italian accent.


Acknowledged by Prince Gaius Orsini of Orvieto, Italy.
Cherished by Ace Landrake (deceased, while he was Primogen in Baltimore)
Brilliant by Prince Asher Greggorson of Washington D.C.
Striking by former Prince Jesse Clayborne of Philadelphia
Admired by Prince Fiona MacGreggor of Philadelphia
Respected by Justicar Lotharius of clan Tremere.
Famous
Exalted
Well-Known
Distinguished as Prince of Baltimore
Venerable as Sovereign Prince
Valorous as a Centurion in the Ivory Legion
August*
Scion (Reputation Merit)

Evelyn is a European embraced kindred from Italy. Her embrace was prior to the formation of the Camarilla, though the details of her sire and her embrace are not publicly known. While she shares the Landrake family line's progenitor, she does not hail from the same direct line of Gonovin, Ace and Lily Landrake, contrary to popular belief.

She is known to take her art forms seriously, having mastered dance first, followed by singing. In recent nights, she has become a crafter of jewelry, mastering metalsmithing, jewelry making and gem cutting and it has become the art that she is best known for. In recent nights, archaic weapons smithing and armor smithing have ecome her most sought after forms.

Evelyn came to the states in 2002, settling in Washington, D.C for a time before heading to Baltimore and serving as primogen. After a number of years there, she relocated to Philadelphia, serving as Keeper and then Sheriff for 2 years before moving to Northern Virginia in the fall of 2010 where she served as Seneschal to Sovereign Prince Mattias Roman.


In 2013, she took her leave in Old Dominion and moved back to Baltimore, serving as primogen for a very short time before being tasked with the position of Keeper of Elysium. She has been Keeper of Elysium for the last four Glitter and Gloom events.


Her gift of seeing wraiths is what she is really known for in the northern Mid-Atlantic. Her Sight is evolving all the time.


Sovereivn Prince Luther Rommell named her is Seneschal in April 2017. After a short few months, Prince Rommell stepped away from the position and Evelyn took the Praxis of Baltimore uncontested on August 6, 2017.


The same year, Evelyn was interviewed and formally invited to join the Ivory Legion as a Milites. A few short months later, she was promoted to Decanus and began preparing the Public Relations department. In 2018, she became an Ivory Legion Centurion and head of said department. She has also built and maintained an Ivory Legion headquarters somewhere in her large domain.


To date, Evie has been the princely host of three Glitter & Gloom events- Masks and Marauders, Decadence and Decay and The Roarin' 20's.


In February of 2020, Evie lead a long anticipated battle against the return/re-awakening of demon in the domain of Baltimore. Knowing that she faced a number of infernalists and the twisted things they could throw the city's way, she not only called upon the help of the society's of the Ivory Legion, Josians and M.U.T.E., she enacted the Treaty of Fire and accepted aid in the fight from Sabbat in Virginia and the mid-Atlantic. When the fight was ultimately won, the Camarilla and the Sabbat immediately parted ways, the Treaty fulfilled.

Almost everyone has an enemy...

None known to her.

"Wait, what the fuck is a Tribble?" Evie to Harpy Tommy of DC.

"I don't go to clubs any more... I don't like them and when I go, bad things always happen." ~Evie to Diana MahlGhoul

"Why do you assume that I would be acceptable bait for your plan?" ~Evie has said this too many times to count.

"How fantastic!... Note the sarcasm in my voice." ~Standard Evie reaction.

"Evelyn, I think we should date. I'll make sure Luther's okay with it." ~Adrian Florent to Evelyn on the night of the 2nd seige of Camden- she was left speechless, by the way.

"Let's put them in a room and let them work it out." "Only one will come out." "Then the problem is solved."

"OMG, it's like some weird version of the Fox and the Hound? Fox and Dog are friends? I don't think either story ends positively."

Evie is a Gangrel and not a Toreador.
Evie used to be shorter than she currently is.
Evie has been frequently used as bait for various purposes with mixed effects.
Evie lost the majority of her humanity in one night.
Evie has returned from having her Astral cord snapped more than once.
Evie embraced a kindred named Vermilion.
No matter how hard she tries, Evie cannot drive a car to save her life.
Evelyn once chaperoned two Tremere on a 'date'. Awkward...
Is actually Jesus and hates the color pink
Has been to Hell.
Got shot in the ass with bell imbued with the holiday spirit.
Evie is a Brujah.
Evie has been replaced by a pod person.
She is completely and irreversibly insane.
Evie spent an hour in her room speaking to the ghost of Fierello la Guardia.
She's fixed! Whatever will Mattias Roman do with his "No lascivious discussion" sign now?
Evelyn sees the Shadowlands all of the time.
Sees the Ivory Legion as a giant public relations experiment, and is more interested in that experiment than in the actual fighting.
Has never backed down from a fight.
She would love to retire from politics and focus more on art, but she is convinced she cannot step away from her duties.
She would love to retire from Art and focus more on politics, but is convinced she cannot abandon the traditions of her clan.
She adopts spirits and speaks to them regularly, as if they were family.