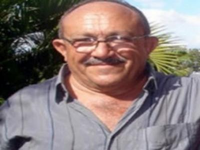 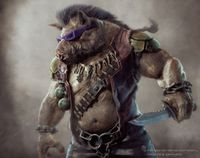 Physical description: Trevour has a gray skin, the skin has cracks and seems like a rhinoceros, long fingers, Sunken eyes, no body hair, just a few tufts on the head, shine eyes of different colors, scars on his head, Tusks like a boar, Big and heavy ears, his nose is something like ​Pig or Bat Snout. He has a strong body.

"This is for Roger!" before killing Jericó, an infernalist leader.
"Kill them all." When Setites asked for hospitality in his domains.