Physical description:
Jean-Luck is a young man, handsome and somewhat mysterious, making it difficult not to notice his presence wherever he goes.
Despite having about 1.80 m with a little muscular body structure, what tends to draw attention to him is his friendly face ( people feel like he was knew for a long time), his intriguingly appealing eyes, blue in color, with a grayish tone, and his lips, commonly adorned with a goatee.
His skin is white and he has dark brown hair, which ranges from cut long (shoulder length) to the best of "military style."
He is always dressed in clothes appropriate to the situation, following the fashion, but some accessories are striking: a rose shaped earring (black) in the left ear and two rings on his right hand, one black also with a rose, and another ring (curled) on his little finger (all them in silver). 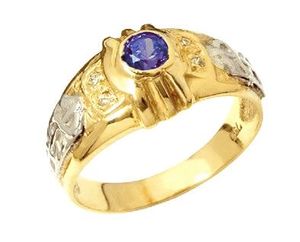 - "Are you satisfied Skywalker?" to Erdota Urmen de Corazon, at a Toreador meeting
- "Oh dear, what an awkward situation..." to Casemiro Pezão, at a meeting

- Some people say that the Setites withdrew his heart in the past, and for this reason he can no longer fall trully in love.
- His wife, killed by Katana during a Sabbat attack, is seen walking through his house.
- His voice and compositions are able to put even non-Toreador in trance.
- He integrated an artistic group known as "Trio Marine," along with Nathan White and Nadia Soto, which was certainly a couterie.
- He was married to Nathan White.