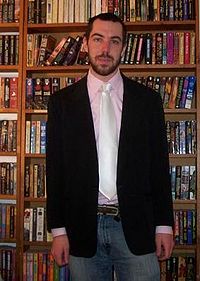 Physical description: Tommy is a 6'4" skinny man. His eyes don't quite seem to know what color to settle on, but range from green to grey. Tommy is known to have a penchant for pink otherwise wears jeans and often a jacket.

"And if he says anything offensive to me again..." *Tommy Vanishes* "God damn it! Has anybody seen Tommy?" - Kate Davidson, when speaking rather passionately to her city officers on how she'd like them to deal with an uppity resident.