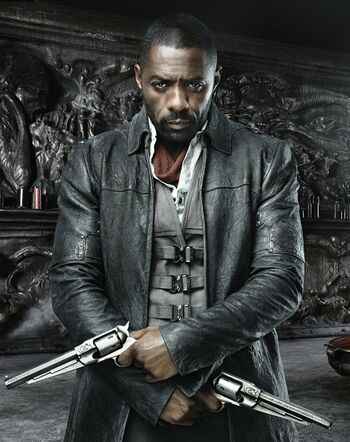 The Buffalo Kid, Nightrider of the Ivory Tower 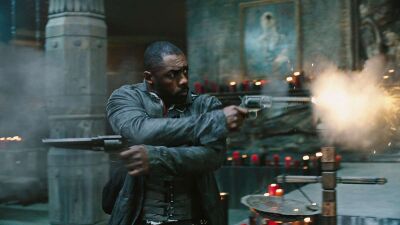 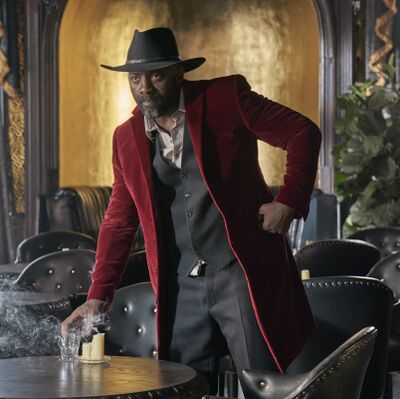 
Physical description:
A strong, heavily built black man, 1.90 m (6'23 ft), 110 kg (242.5 lbs), with a constant serious gaze and predatory presence.
He is always dressed in clothes that harken back to the Wild West where he grew up and made a name for himself, with an overcoat hiding the revolvers that are always in his belt.
He traditionally carries his inseparable Remington 1858 New Army .45 revolvers as well as can be seen with his Colt Lightning Rifle Express .50 in more intense combat.
His dark eyes resemble those of a wolf always ready to attack its prey,
and his aura is stoic and uncomfortable but not disturbing to Kindred, but mortals can sense the predator and this intimidates them.
With him always is his faithful companion, Cinnamon, a hybrid of coyote and wolf, loyal and wild.

His past is somewhat unknown.
The points that are revealed are that he was born a slave and therefore bears the scars he gained under the whip of his masters.
As a soldier, he fought for the Union in the civil war, became a Buffalo Soldier and thus made a name for himself as the Buffalo Kid after that.
He was Bass Reeves' deputy and a respected sheriff in his final years as a mortal.
Already as an immortal he was present in the Camarilla's expansion into the Wild West fighting the Sabbat and the Werewolves that dominated the region.
After that, a time jump to his next appearance with the Brujah elders from Argentina where he learned the honorable path of enlightenment of his Clan,
traveling through South America until he finally arrived in Joinville.

1863 : As a soldier in the United States Colored Troops he fought for the Union in a brutal war against the Confederates.
1866 : Joined the 10th Cavalry Regiment becoming a Buffalo Soldier.
Somewhere between 1880 and 1890 : Served as Bass Reeves' deputy.
Somewhere between 1888 and 1895 : He was sheriff in several settlements across the United States.
1901 : Recognized as member of the Camarilla by the Toreador Prince of Los Angeles Don Sebastian Juan Dominguez.
1901 - 1960 : Fought for the Camarilla expansion and dominance in the Wild West against the Sabbat and Werewolves
1960 : Received the Status of Feared from the Malkavian Prince Quentin King III due to the effectiveness and brutality of his deeds for the Camarilla.
1980 - 2013 : Spent years studying with the Brujah Elders in the Calchaquí Valley.
March, 2022 : Arrived at Joinville, the Frontier of Steel 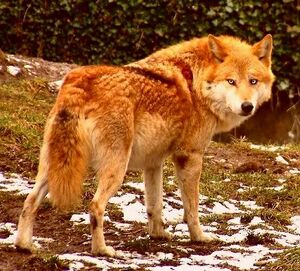 His companion, Cinnamon the coywolf

"Only enemies speak the truth; friends and lovers lie endlessly, caught in the web of duty."
"There is trouble with explaining with words. If you explain with gunpowder, people listen."
"My father used to tell me that I can't eat principles. And no, I couldn't. But I could live by them."
"No matter how benevolent the ruler, the military drives the empire. Armaments feed the beast. And soldiers who train for war need a war for purpose."

He is a murderous beast of a Laibon bloodline, brought to the New World to fight changing breeds.
He has a passion lost in the world, and he seeks her relentlessly. 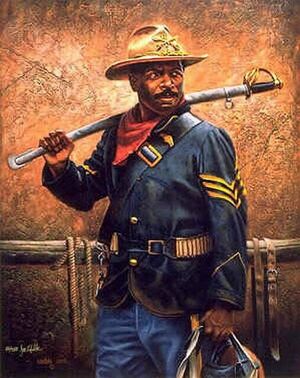 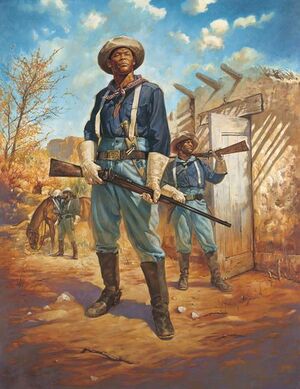