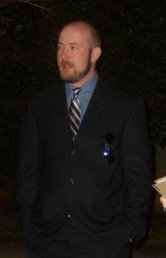 Physical description: Faulkner stands ramrod straight at 6 feet tall. His frame is narrow but solid, and he moves with a certain grace that marks him as an athlete. His skin, though scored by his mortal age, is immaculate. He wears his hair shortly cut. 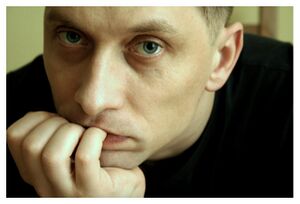 Faulkner, though rumored to be approaching Elder age, only received his Acknowledgement in 1999, ostensibly at the behest of his Sire. Sent to the war-ravaged domain of Milledgeville, Georgia, he quickly distinguished himself among his peers.

He served as Primogen of the Ventrue there for nearly 3 years, abdicating the seat under circumstances that aren't widely known. When the city fell to the Sabbat, Faulkner stayed behind with a small party of volunteers to protect the retreat of his fellow citizens as they relocated to Carrolton, Georgia.

Thereafter, Faulkner vanished for 6 years. During this time, only those closest to him have any insight as to his actions or agenda, though it is widely rumored that during this time he participated in a clandestine war of attrition with the Followers of Set.

Recently, Faulkner has reappeared in Georgia, serving as Primogen of the Ventrue clan in Atlanta for a year before seizing Praxis in Middle Georgia, the same domain in which he first appeared.

It has also come to light, through the actions of the Harpies of Atlanta and Middle Georgia, that Faulkner has until recently borne a separate, status holding identity. This name, Sajid S'Allah Al'Din, is associated with a coterie of individuals known to have directed a small-scale war against Followers of Set and Infernalists.

On April 1, 2016, Marzio Rosselli of clan Nosferatu claimed the praxis over Middle Georgia ending a long and glorious reign by Sovereign Prince Brian Faulkner. Sovereign Prince Faulkner had been absent for several months and was described a being "despondent" by an admired and trusted member of the Camarilla when last seen. There was no overt violence in the paxis claim and many eagerly await to here good news about Brian Faulkner. Harpy Joshua Klein stripped Sovereign Prince Faulkner in a unrelated prestation issue on April 2, 2016.

We sit at a precipice, with many dangers surrounding us; When Faulkner was Prince, we made little headway on many of those problems. It is difficult to say whether this was by design, or by some egregious error in communication. However, I must find that for the last bit of his rule, Prince Faulkner showed that he was *Incompetent. He shall carry this stigma until April 1, 2017, or until such time as he has proven to me that this is unwarranted.

"We just want HIM." -Leader of a pack of Setite sorcerers, promising to spare the lives of several incapacitated Camarilla members in exchange for the surrender of Sajid

"You're right, Archon Sebastian. My people took your sticks." -exchanging jibes with Jon Sebastian regarding the European invasion of Constantinople

((Feel free to add stuff if you guys remember something))

((Feel free to add stuff if you know rumors))