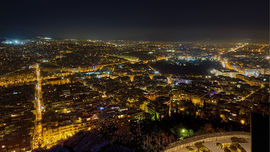 The Domain of Athens
The Classic City

If you're planning on requesting hospitality, please answer this short questionnaire

The Domain of Athens was first set up in 1996 by a Coterie called the Founding Circle, as the staging ground for the retaking of Atlanta by order of the Ventrue and Gangrel Justicars. The first domain was betrayed by one of its own and their enemies were able to dismantle it while its citizens fought among themselves. Years later, the domain was reformed with the backing of several elders within the Camarilla.

The following 16 pages are in this category, out of 16 total.