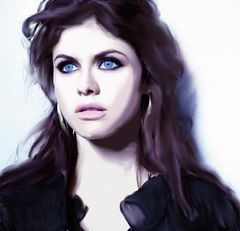 Concept: Augusta is a country club socialite, Master Landscape Architect, and member of the "Garden & Gun" set, who keeps busy promoting the New South while maintaining her antebellum manners.

Physical description: Augusta is a tall, curvy brunette with smooth, fair skin and a few strands of premature silver in her dark hair. She has stunningly pale eyes and a broad mouth that is almost always curled into a smile. At court and in the (country) club she favors twinsets, sundresses, and Lilly Pulitzer prints. If she's running around town she can often be found in seersucker shorts, one of her husband's Southern Proper shirts, and with her hair pulled into a ponytail in the back of a monogrammed ball cap. And yes, those are her mother's pearls.

Augusta traveled through Europe while under the accounting of Lennox Landrake for several years during the late 1860s. She was Acknowledged in the 1930s in Savannah, Georgia. Over the last two centuries, she and her husband have occasionally spent time in New Orleans, Charleston, Georgetown, and Birmingham, but they have largely been uninvolved in kindred society.

"Lennox Landrake, are you drunk?"


"Lennox, where'd I put my pocketbook?"

Lennox: "Where's that fella at? That retarded boy?"
Augusta: "Honey, you can't call them that anymore..." 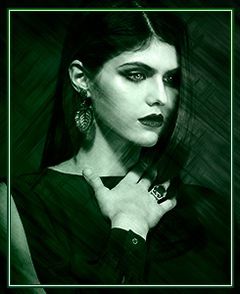