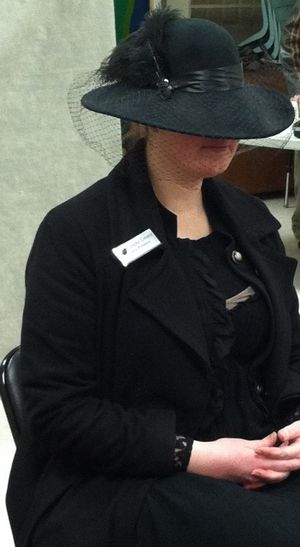 Colette at a gathering in Baltimore

Real Name: Colette Green, as far as anyone knows

Colette arrived in Baltimore in early 2011. She spent the better part of the previous decade on the road, after "things went sideways." Prior, she mostly lived on the west coast, although she did tend to move a bit. Although she first appears in Camarilla records in the late 19th century, she managed to keep out of politics for most of her unlife, quietly working on her various projects and escaping much notice.

Not long after she arrived in Baltimore, she found herself maneuvered into the position of Whip through no real efforts of her own. To her surprise, she was shortly-after promoted to Primogen at the first Glitter and Gloom event. Although she is not particularly politically-adept, she took her position seriously, and did what she could to contribute to the city.

She is a medium; recently, her talents expanded to seeing ghosts as well as hearing them.

In October of 2014, she resigned her position as Primogen in Baltimore and relocated to DC.

In January of 2015, she was offered and accepted the position of Keeper of Elysium.

In March of 2017, she disclosed her affiliation with E Division.

In October of 2021, she relocated to Annapolis, MD. 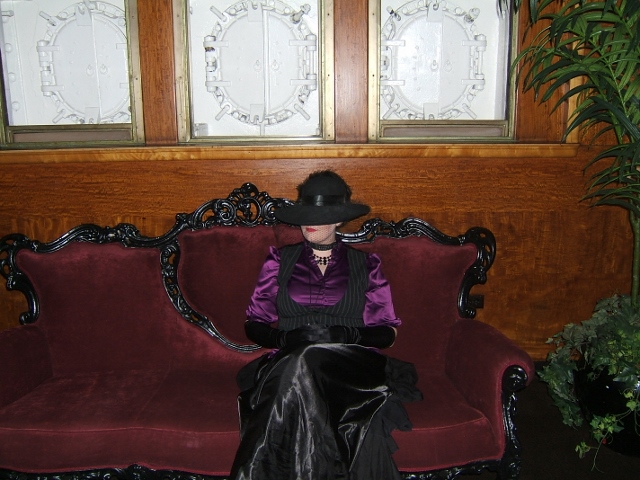 Colette at the Grey Ghost Masquerade, 2013.

It's always good to have friends.

She prefers to believe that she doesn't have any, currently. She probably has some.

"Do we need an employee handbook? Clearly, we need an employee handbook."
"I have a system. It isn't perfect, but it helps rule out false positives."
"Oh, please. I am the least frightening Malkavian in the Mid-Atlantic."
"Overthinking things is what I do."
"This was all a terrible mistake."
"Are there some kind of records or paperwork for this?"
"You are not so naive as to believe that magic comes without a price."

(All rumors on this page are added by other players.)