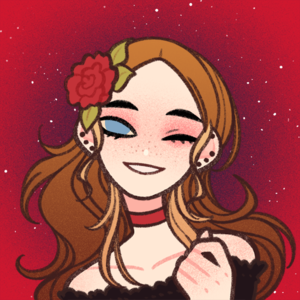 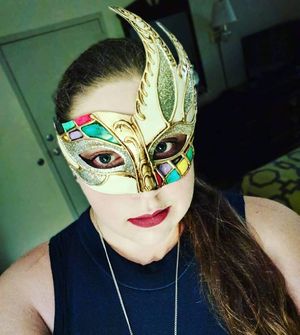 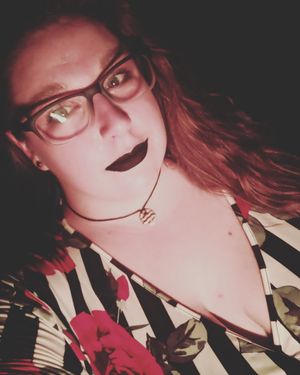 Physical description:
Cameron appears to be in her early to mid 20s, depending upon dress. She is approx 5'8", has bluish turquoise eyes and dirty blonde hair that falls below her shoulder blades. She often dresses in floral southern gothic attire, favoring long flowy outfits.

Cameron Clark is a Toreador that was embraced fairly recently as far as vampires are concerned. She came to St. Augustine a few years after her accounting had finished, and has been in St. Aug three years.

She was about 23 when embraced, had previously lived in Savannah GA and went to SCAD for her undergrad, has three BFA degrees in Art History, Illustration, and Painting, minoring in printmaking and photography. She moved onto grad school there and was finishing her first semester in grad school when she was embraced by a visiting professor, in 2007. After her accounting, she was acknowledged in Savannah in 2010.

She came to St Augustine in 2016 and currently works out of a flat that currently doubles as her studio on Anastasia Island, in the Toreador territory. She used to heavily drink and do drugs, but and went thru a 8-9 month blackout period where she doesn't remember much due to euphoria consisting of Alcohol, Drugs, Sex, and Art. After she returned to a gathering thinking only 2 weeks had passed when it was actually 9 months, she decided to sober up a bit. She still drinks like a fish.

Since, she has taken up a variety of hobbies. She has gained a reputation as a skilled educator and her internship positions are highly sought after by the art majors at Flagler university. She has also used her skills to develop a unique sketch-artist role within the Domain of St. Augustine, and is sometimes called upon during investigations.

She has recently taken up traveling, working as an ambassador of sorts and is working to expand St. Augustine's friendships throughout the Domains of North America, and to assist and support the Toreador of the South.