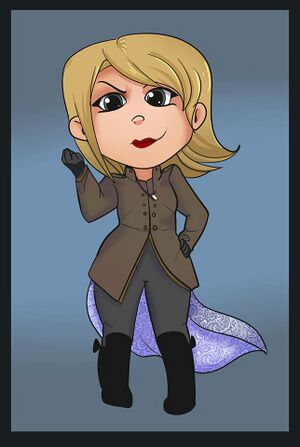 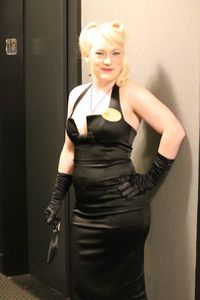 Intellectual and observant, while still attempting to keep up socially with others around her. She will tend to listen to a conversation carefully before joining so as to assess the social "mood". Saskia regularly assists Camarilla domains, and has been known as an effective asset in combat situations. In her spare time she can be found either street racing motorcycles,or reading a good book.

Originally from Munich Germany, she has recently come to Sonoma County for further research and studies.

Shortly after arriving in Sonoma County, she was named Whip under Primogen Ripley.

After an incident, she took the position as Primogen of Clan Tremere.

She took a short recess from the Primogen seat, but was reinstated at the departure of Winston Warchild from the domain.

As Primogen, she has suggested inter-clan projects to the Primogen council to promote team work and togetherness on multiple occasions.

Later she was named Keeper of Elysium in the domain of Greater Santa Rosa.

After moving to Berkeley, CA she took the Primogen seat.

She co-owns a classic automobile and motorcycle showroom/shop in Santa Rosa known as Sonoma Classics with Seamus.

In September 2022, Saskia was released from service by Justicar Morgan, and took praxis of Santa Rosa, CA.

Into the Void - Nine Inch Nails

In regards to the internet: What is the "Google"?

Could potentially know any language you do.