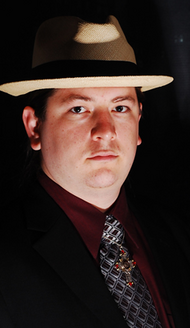 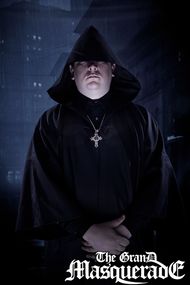 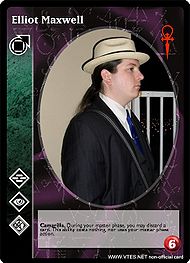 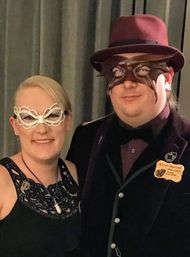 Following his abdication, Elliott Maxwell began to travel more frequently and began to call Stockton, California his home. He keeps himself busy with work for the Josians and the Tremere. He remained without a domain position until evidently giving up on retirement following the elevation of Prince Vasquez as he accepted a position on her Primogen Council. The reign of Prince Vasquez was short and ended with her assassination. By the time the dust settled, Victor Smith, Esq. had returned and Elliott relinquished the Primogency to him. Within the month, Elliott secured support to act as Harpy of Stockton. He held the role until 22 September 2020 before resigning in order to accept a calling as Archon to Justicar Lotharius.

That calling appears to have been short lived as his position as Primogen of Sacramento was announced by Prince O'Reily on 27 February 2021. When asked what happened, he tells interested parties that they must get that answer from Archmagus Lotharius. A few months later Elliott all but vanished before returning to public life in the summer of 2022. He returned to his post as Primogen in the fall of 2022.