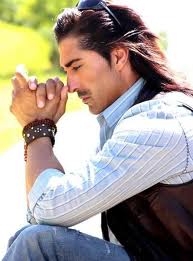 Jesse is the first of many childer of "Midnight" Madeira Clayborne.

He was Embraced in the late 1800's and spent his Accounting helping his Sire in her duties as a Scourge. After receiving his Acknowledgement and after all of his Camarilla broodmates had moved on, he and his Sire parted ways. He ended up spending time with his brood mate sister among the Anarchs. In 2004, when his Sire left the throne of Philadelphia, he returned to help her get well and they moved to Southern Maryland.

There, he took over the duties of Keeper and, shortly thereafter, Sheriff. His reign as Sheriff was very successful. Most notably, coordinating the reclamation of Annapolis from the Sabbat. Some time after that, the Claybornes returned to Philadelphia.

It wasn't long there before he was given the job of Sheriff again. He retained this position for many years, under various Princes. For a time after his Sire's death, he took on the name "Logan Clayborne" and was elevated to Seneschal. This position did not sit well with Jesse and he eventually returned to being Sheriff. In 2008, he departed the States to spend some time with Clan and friends in Europe. Upon returning, he resumed his role of Sheriff. This lasted for some time until the Prince, Liam MacGregor, was captured into the spirit worlds. Jesse took Praxis of the Domain, finally.

While Prince, he saved his friend from the spirit worlds and the two worked to take back Camden, NJ. It was reclaimed, briefly and declared a Camarilla Domain under the Praxis of Liam MacGregor.

After the Throne was claimed from Jesse, he took a step back from the public eye to help young Camarilla citizens in the Domain and to evaluate his existence. For a time, he stayed in the background, helping the Clan where necessary and solving what minor problems he could. Eventually, in the early summer months of 2012, he was called into service as an Archon to Her Power, Justicar Lucinde. He served until the spring of 2015 at which time he was released and returned to Philadelphia.

He has been there since, serving in a variety of roles, mostly Sheriff, though.