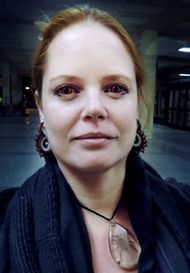 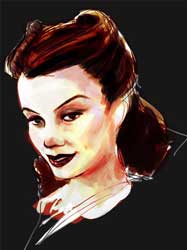 Physical description: Being a Nos, she goes by a pretty generic face in public. Pale, blond red hair, on the short side 5'3", honey colored eyes.

Lillian and her brother turned up in Sacramento in the Fall of 2009 claiming that there were better opportunities for financial gain...and to keep from constantly having to dodge random violence that Seattle was becoming known for. She, along with her brother have become a major fixture in the bar and nightclub scenes as well as major players in the real estate market in Northern California.

Atia of the Julii from the TV Show Rome