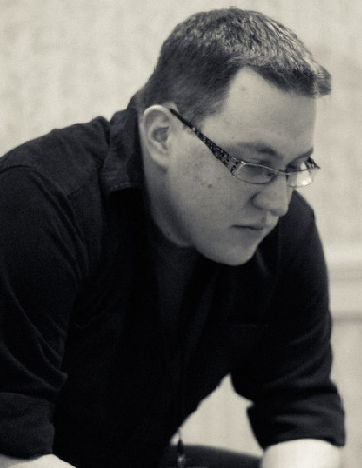 Physical description: A ruggedly handsome man, standing at 5' 9". He sometimes wears glasses, but is always wearing bandages or leather around his forearms and a cowboy-style gun belt and Colt Peacemaker on his hip. He always seems to have whatever permits necessary to openly carry a firearm, and is never seen in those places where it's not somehow acceptable to do so.

Detailed Status: Believed to be Deceased

Was originally thought to be a Caitiff who found his way to the Camarilla through a unique ability to recognize vampires with ease. Was observed displaying an innate knowledge of Protean by Samuel Jordan, who then discovered that Simon was an abandoned Gangrel and began teaching him about his clan.


Simon was under the Accounting of Venis Holiday, and was a strong ally of hers until Venis withdrew from vampiric society. A few months after being released from his Accounting, he spent a short while as the Gangrel Primogen in Atlanta, before being asked to step away from the position by his Atlanta Clanmates. He also came to be one of the more influential people in Middle Georgia, making a hostile takeover of the Vulcan Mineral Co. This started a feud between Simon and a Brujah named Cesario Pompeii, which ended in Simon selling out his portion of the company to Cesario shortly before Vulcan was investigated by the SEC.


He has had a long-standing feud with Ivan Sjekna, but it is always tempered with a mutual respect for vastly different approaches. This feud caused him to move to Jerusalem, Israel for a time to avoid a physical confrontation with Ivan; while in Jerusalem, Simon became the Gangrel Primogen there and departed the city upon the death of Prince Azazeal to return to Georgia. Recently, it appears that this feud has ceased; Ivan and Simon have been seen hunting together on many occasions in recent nights.

After an extended debate as to whether or not Simon Random would take up the mantel of Harpy for the Griffin domain a decision was finally made. A temporary Harpy was installed until a proper vote could come up by the Primogen Council, and he took up the mantel of Seneschal for the domain instead. You win some you lose some. Simon has recently and suddenly vacated the Senechal position to become Primogen in Atlanta once again.

After a Praxis dispute in Middle Georgia, Simon Random met final death shortly thereafter in Atlanta. He is survived, supposedly by an unknown sire, and by only one known childer.

Simon is thought to be too much of a wild card to have been invited into any coteries.