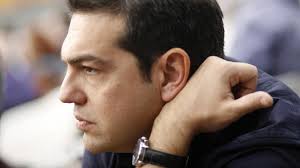 
Physical description: White male, 6 foot, auburn blonde hair, blue-green eyes. Glasses. Ratty suit worn without a tie. He looks socially presentable, but that might be a trick of Obfuscate.


Social description: On a social level, it clear that Corso is up to something. This is not necessarily a bad thing, an evil thing or something you need to fear, but rather he always appears to be advancing some agenda or process, and is never socially at rest. Any person with a bit of social sense, would probably find his behavior best described as "Slimy Nosferatu"-like. He was probably a used car salesman in life, but otherwise a nice guy. 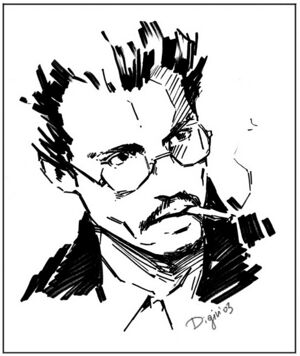 Thoroughly unscrupulous? You be the judge...

Detailed Status:
Acknowledged by Lawrence Meeks, Prince of Baton Rouge Louisiana,
Acknowledged by Gary Kowaleski, Prince of Milwaukee Wisconsin
Well-Connected by Marzio Rosselli, Primogen of Middle Georgia & Atlanta
Loyal by Prince Marzio Rosselli of Middle Georgia
Shrewd by Gary Kowaleski, Luminary of the Camarilla
Discerning by Primogen Ferro Romano of Griffin Georgia
Well-Connected by Nathaniel Bryce, Prince of the Bahamas
Revered as Primogen of Clan Nosferatu of Middle Georgia
Insightful as a member of E Division
Dignified as Dignitary of the Camarilla


(Nosferatu only - Corso has an ongoing social feud with Silhouette. He does not like her. She has said some disparaging words about him above ground.)

Corso was an information middleman. He gently traded in uncommon information and facts about people, places and things. If somebody knows something about someone, then Corso probably knows the person to talk to get more facts. In recent years, Corso appears to have toned things down. While probably still as actively knowledgeable, he is not as active a salesman or wheeler-dealer.


He is friendly with all and does not deal in negative interactions. He does not partake in violence and when things get hot, he tends to disappear from sight. He believes in everyone wins situations and has been known to forgo obvious profit to build better relationships. He is kind of person who you want as a friend.


Corso is the consummate salesman. Something about him makes him seem both un-trustable, yet trustworthy. He speaks softly and never threatens, and his voice seems to have a calming quality which draws people in. History has proven he is very good at convincing people not to act rashly, nor punish people merely for the sake of example. 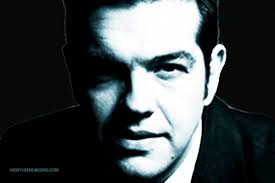 How can I help you?

In October of 2013, after much discussion between various persons, it was decided that Corso would re-enter the accounting under the new Nosferatu Primogen Walt. Corso appears to have gladly accepted this situation and without issue or protest either relinquished or had his Acknowledgement stripped.

In late March 2015, Corso was seen at the Conclave in Baltimore in private conversation with Lotharius and was noted as having provided him information which appeared to make him happy.

In early April of 2016, Marzio Rosselli took the throne of Middle Georgia. Prince Marzio Rosselli appointed Corso to replace him as Primogen for Clan Nosferatu in Middle Georgia. Since then, Corso has been relatively quiet and less involved in the affairs of other domains. He has not been publicly seen in domains like Atlanta and Griffin where he was a political and informational mainstay for years and has not been present at any major gatherings of the Camarilla since then. Home is where the heart is, I guess.

None apparently, but there sure are a lot of Nosferatu in high places in Middle Georgia