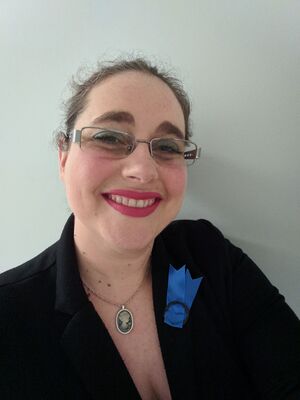 Physical description: She stands around 5'6" with dark hair and blue eyes. Her hair is always worn in an updo so it's hard to tell if it's long or short. She wears glasses or contacts depending on the occasion. In public, she is never seen in a suit or pants. She always wears dresses or skirts.

After living quietly in San Francisco under her Sire's tutelage, she moved to Lewiston/Auburn, Maine around 2014 or so. Recently, she moved to Portland, Maine.