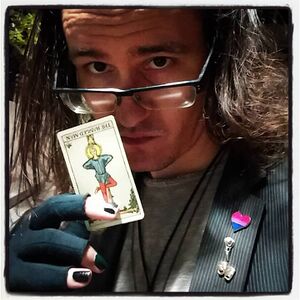 During the time of Shadows, Viktor became the Knight of Swords to Priscilla Hale, aiding her in her investigations. They became very close and her transcendence in 2020 marked a significant change in the Malkavian, having lost two of their closest friends within the Clan. They stepped away from Kindred society during this time, occasionally showing up in Los Angeles to help during times of crisis, including the rescue of their Clan elder, Amadeus, from divine hunters.

Viktor has returned to regular appearances in society in recent nights, making appearances in the Court of Los Angeles, and has been chosen as one of the Clan-Elects for Clan Malkavian at the 2022 Judicial Conclave of Harridan Cornelius Yul.