Ophelia Sjekna is the Huntress of Veles 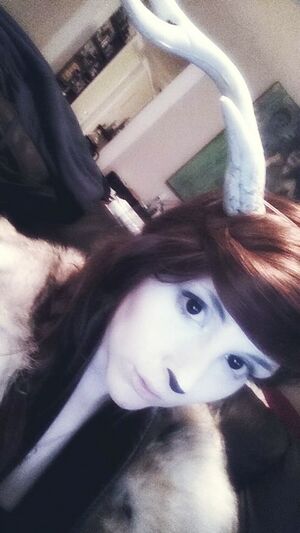 
Real Name: Even she has forgotten

Physical description: Petite and lithe, looks like a deer

Ophelia Sjekna is Ivan Sjekna's childe. She is early to late 20's, but looks younger because of her short stature (5 ft). Ophelia has many noticeable beast traits, most of which relate to to a doe. She is clothed in what is obviously hand crafted leathers and pelts. She has a few hand crafted whips hanging from her belts. Their is a blush of pink in the cheeks from the cold and clearly a few twigs in her hair. Call her "cute" or "adorable" and she might growl, but if you ever dare to pet her you know that she is really just timid and feral. Sometimes her accent changes to native Slovic or American depending on who she is around, but will often speak in the accent to whomever she is talking to.

You can find her dancing in the water as often as you find her fighting. She carries a longbow and many trinkets that she uses to gift to the spirits.

Ophelia is the self proclaimed "Huntress of Veles" and if you ask her about her gods, she will likely bore you with hours of stories of her religion. 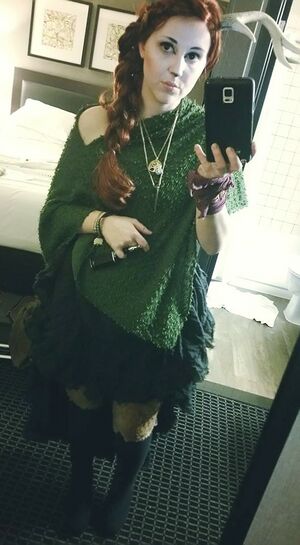 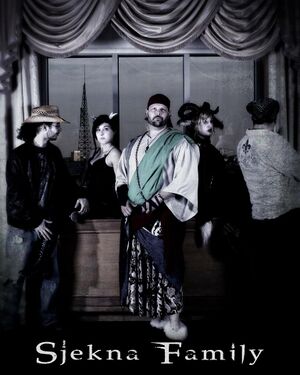 Daughter of the Forest-Juliet Marillier

Garbage - Only Happy When It Rains

Beloved Enchantress · The Moon and the Nightspirit

"She looks like Bambi, you can't miss her." About Ophelia at Glitter & Gloom 2016

"You know she turns into a large cat when she assumes her animal form." "Cougar?" "Yes. I would be careful, she might eat you." "Ah yeah." About Ophelia at Glitter & Gloom 2016

"Merry will we meet again."

"I am not cute! I have horns, hooves, and smell like dirt!"

"You may touch it... It is quite soft." She turns her head to her sister to giver her better access. "We are in the Umbra. The near Umbra, our venture shall take us deeper. Do not expect to understand, but open your mind to it all." - Talking to her twin, Isadora Sjekna about her beast traits the first time she takes her to the Umbra 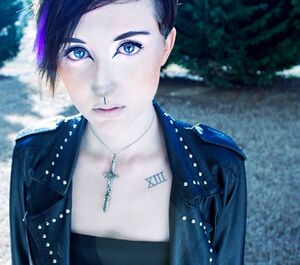