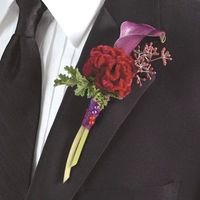 One small example of his work

None, Still Under the Accounting

Unexpectedly thrust into the Kindred world Dr. Kaufman chose to experience all that it had to offer without sacrificing his humanity. Taking Chances and making friends Kaufman is moving forward into the unknown and is in for more than a few surprises along the way.

Born August 19th 1976, in MN Herbert Kaufman was brought back to Germany by his parents soon after. After the death of his father in 1988 Herbert’s family moved to India. Herbert then attended college at the University of Minnesota, eventually gaining a PHD in Botany. He later went on to open Kaufman Flowers a small but thriving floral design store. He was embraced August 20th 2011 in the Twin Cities. On September Second 2011 Herbert was introduced to the Twin Cities as Geoffreys Childer.

On the Night of September 2nd Dr. Kaufman was introduced to the Twin Cities Court as Geoffrey Noble’s Childer.

During his time in the Twin Cities he has done many things. He has brought light to the darkness with his Flashlight app on his iPhone. Without even a screwdriver, he stopped the Elysium's security system from beeping at the Seneschal. Dr. Flowers convinced a Nosferatu that flowers are desirable, love is real, and she too could be the next big winner. Thousands of dollars of flowers have been sold by him with only a boutonnière as an example. He defeated a raving maniac (smelling of Safari and bent on killing James and Natasha) with only kind words, a bottle of whiskey, and a shoe. Wile surviving an explosion and in the midst of saving the Sheriff and another from the same fiery fate, He parted a sea of angry extreme Right-Wing Black Metal fans by yelling at them. Dr Kaufmann drives a Mini. He's been chauffeured by a Toreador of higher status from the Twin Cities to St. Cloud to Owatonna and back again. He appears to perspire. Once using only a permanent marker, dim lighting and a surprisingly elaborate costume he arranged for the escape of several kindred from a magically protected building. Keepers World wide swoon over his clean up of the Saint Cloud Library Breach. His deft floral arrangements have earned him fame in international botany circles. All of this he has accomplished, and he has not yet been Acknowledged.

The Doctor is an avid follower of Rumors, News and Famous people especially Famous Kindred.

He has been looked over by many individuals besides his sire including, Ophelia, Sylphain Delille, Maeve Cahill, then Seneschal Digger, Primogen Tiago Rangel, Primogen Howell and Razi Massoud, Prince Alexei Semago and due to a small miscommunication Turquoise. . Of course, first and foremost he is under the Accounting of his sire Geoffrey Noble. Natasha Taylor and he seem to share a bond as they are both still under the accounting. Being a big EWW from even before the embrace Dr. Kaufman was thrilled to meet Diego and even happier when he was asked to work on a landscaping project for him.

People who are needlessly or thoughtlessly cruel. Locally that includes Digger and Charlie. This doesn’t mean they aren’t fun to banter with however.

Wile being a kindred for less than a year dose not preclude him from having Childer he has not made any.

Dr. Kaufman has no Broodmates. That being said he and Natasha Taylor where turned within a few weeks of each other and that has, at least to him, created a bond.