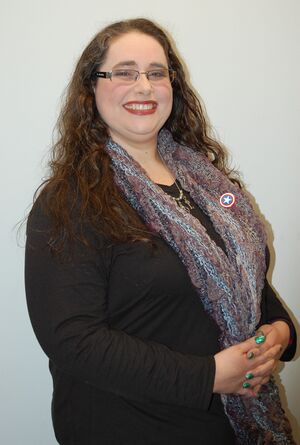 Alias(es): Pomona
Real Name:
Apparent Age: Mid thirties
Concept: Art Patron
Physical description: Deborah Parker looks like a woman in her mid to late thirties. Her hair is dark, curly, and flows down to her mid-back. Her skin, though fair, has a healthy glow. She has blue eyes and wears a pair of square, metal framed glasses. She stands around 5’6”. She is rarely seen without one of her signature scarves.
Detailed Status:

Deborah was a quiet Toreador for years. She spent her early Kindred years building her art foundation, Kharites. She moved to Portland, Maine in 2011 and has been an active member of the Domain ever since. She's served in several positions within Prince McDermott's court over the years including Deputy Keeper, Keeper of Elysium, and Seneschal. On May 11th, 2019, she was appointed Harpy of Portland. In July of 2020, Deborah entered service as Archon to Justicar Petronius. Following the tradition of those in service to His Elegance, she has taken the name Pomona.