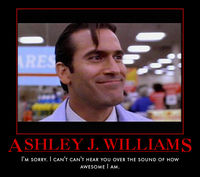 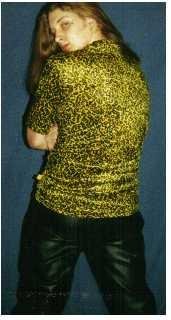 Posing in selfish gothic angst a short time before his Embrace in 1990-something.

Has been a resident of Dayton and Columbus.
Has traveled to New Orleans.
Has served as Sheriff, Harpy, and Primogen of Columbus, OH

"I'm in the best coterie in the world. The Camarilla!" - Actually spoken out loud in an Officer's meeting while trying to think of something witty, then sebsequently turning beat-red.

Ash from Army of Darkness 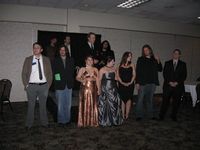 Looking down Ziata's dress at Grand Elysium... and getting caught.

"Hey, wanna make out?" - Said whenever a socially awkward situation arises.
"I know people like to get all up in arms about the Anarchs, and sure, the Sabbat is probably getting ready for another bi-annual attack, but you know what the real problem is?" *Looks around suspiciously and whispers* "It's the niggers..... they're EVERYWHERE!" - Overheard while antagonizing a new, meek-looking, and unsuspecting kindred in Columbus (Note: Quote of character, not opinion of player.)
"I was sure that after Chicano's praxis my career in the Camarilla was over. Let's get the fuck inside. I don't want any of these fags jerking off to us in the bushes."
"It's nice to see a friendly face Vanessa. Sorry my whole rape thing didn't work out so well on that last project. I was sure I was going to get a few good shots in on that wayward clanmate of mine." 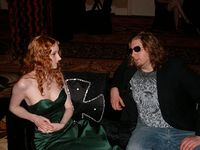 Clumsily throwing himself at his favorite lost cause, Jennica Sparrow