This Character is deceased. 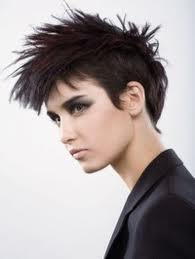 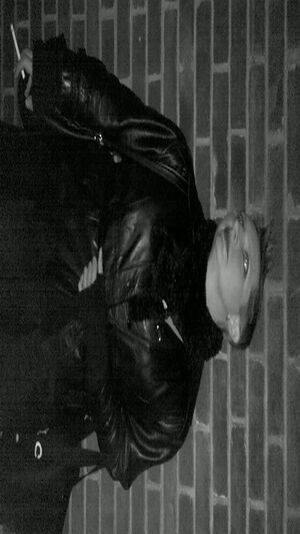 Physical description:Eddie is 5'10", with short black hair, usually worn in some punk fashion. She's known for her sense of fashion (or lack thereof, to some), wearing outragious punk outfits that usually match. In winter months, she's known for her black leather trench.

Acknowledged by by Marshall Rolands, Prince of Manchester, England
Dedicated by Bianca Rambaldi, Prince of Philadelphia
Diplomatic by Adrian Florent, Prince of Baltimore
Cherished by Position
Esteemed by Position

Eddie appeared in Baltimore on June , 2010, having just arrived from across the pond, in jolly old England. Hailing from Manchester, she claims the scene there was stale and she needed a change of pace. She and her band, Strangefellows, have been playing the local club scene ever since, and their fame is starting to grow. She is bold, loud, and never hesitates to speak her mind, something that suited her well as Primogen. She was then asked to serve as Seneschal to Prince Adrian Florent of Baltimore, which she accepted. After a few months in the spotlight, she chose not to pursue Praxis herself once Florent went missing, instead abdicating the throne on Florent's behalf in a private and (mostly) peaceful meeting. After disappearing from the public eye for about a month, she resurfaced in Annapolis, where she took over the position of Seneschal when Rook took Praxis. She is often seen wading into combat weilding two straight razors; her namesake, no doubt.

None, but two ghouls make up the rest of her band: "Suzie Shooter" and "Ms. Fate".

Hello!
What I Did For Love
Will You Still Love Me Tomorrow?
Nobody Does it Better
Runaway
My Boyfriend's Back
Save the Best For Last
Science Fiction Double Feature

She is frequently seen in the company of Johnny "Spades" Malone, leading many to believe the two are involved romantically.
Some say she must have suicidal tendancies for accepting the position of Seneschal under Prince Florent.
She's lost her edge and has gone soft. She even wears a damn peace symbol necklace now!
She's infernal! Her razors were recently seen lit with green flame in Philadelphia.
She's not infernal! Why else would that infernalist have attacked her in Annapolis?