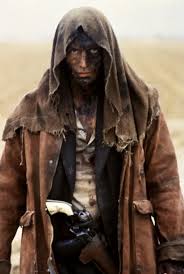 Physical description:
Creve is a sturdy man, with wide shoulders and a musculature of hard angular sinew. What parts of his body that show is covered in torn, charred skin exposing the bone and stringy musculature beneath as if it were a corpse removed from a distant battlefield. His face is sharply angled like scorched and broken glass. He tends toward thread bare yet functional clothing with a tendency to wear a military style coats when at formal events. Always present is a hood that has seen better days and covering most of his head. Creve has expressive eyes that are fearless and tend to roam constantly. His eyes draw you in and subtly inspire you to follow his lead.


Valourous as a LegionnaireMilites of the Ivory Tower, July 2021
Respected as a Scion of former Prince Lawrence Meeks of Baton Rouge.

May 2019 - Arrived in Tampa Florida during the reign of Prince Romaneo De Luca and gained a position as deputy serving under a few different officers holding the title of Sheriff. Also held the position as Clan Whip for a time.
Feburary 2021 - Moved to St Augustine Florida to help the Clan in the Haunted City. 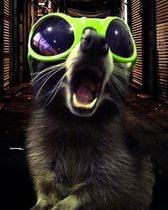 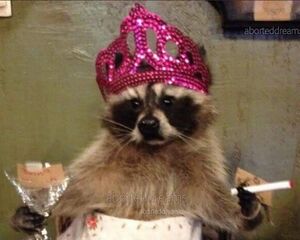 Jesse Hooker
J. Benison Hodge
Rick Grimes, before Negan Arc
A big dash of crazy.
Put in a blender and keep some of the pieces.

"How many dolphins can fit in the back seat of a Maserati?" - Creve

Creve keeps being successful at everything he's asked to do.
Creve has survived multiple Werewolf attacks with NO fortitude.
Creve's Clanmates always save him from trouble when he's over his head.
Creve summoned his pet sharks to eat a smoke monster once... It ran away...
Creve is obsessed with weresharks.
Creve is determined to only receive status from Nosferatu.
Creve keeps a ghouled rabid raccoon named Mittens.