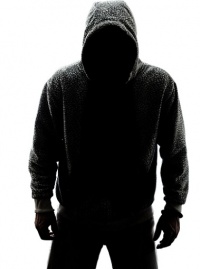 Physical description: His usual mask is a 16 kid with long hair and glasses. He's almost always seen wearing his black hoodie with the hood up, looking away from whoever he's talking to.

Not a whole bunch is known about Matthew Black before he showed up in Las Vegas and joined Team Nosferatu. Since the embrace, he's done what he can to stay ahead of the curve. He recently left Vegas rather abruptly only to show up in Athens, Georgia.

Once in Athens he quickly set himself up as someone who "gets shit done," his words. Need someone to design a security system for your building? He can do that. Track anything over the internet, hack anything with a battery, or bankroll some operations? He can do that to and he will do that if of course the price is right. He's been seen rubbing elbows with the elite and down in the dirt with the dregs. He's a one size fits all problem solver. After he was established for a couple years as Lesser Harpy to Leslie Malcolm, the Primogen Council disavowed her and propped him up as Harpy instead. And Matt swears he didn't do anything to prompt this.

They're out there. I'm sure of it.

We don't talk much anymore.

Wouldn't be surprised, but I don't know of any

You Died- Miracle of Sound

"Are you fucking kidding me?"

(About Silhouette) "Because of course she does."

"Don't mistake, I'm laughing at you."

(To the Primogen Council)"As usual, the Nosferatu have been off doing your jobs for you."

"Just call me Mattniss Everdeen, yo." (Said after he was lit on fire)

"Look, you could be all understanding or you could let me be a bitch."

After seeing his prince’s arm is missing:

If you're planning on visiting the domain of Athens, please answer this short questionnaire