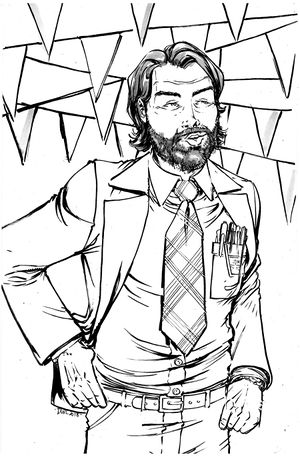 Physical description: A middle-aged man, Walter Englesman stands over six feet tall with a strong frame. His greying hair is often tucked behind ears and he sports a tightly trimmed beard.

Quick talking with a keen business acumen, Walter Englesman could sell ice to an Eskimo. Known to hold considerable sway among mortal society, he offers his services to any willing to pay a premium.

He is a staunch supporter of the Camarilla.

Coming from the West coast, Walter arrived in the Domain of Columbus, OH in early 2013. Seeing the city rife with opportunity for an enterprising young Kindred, he quickly set down stakes and began making connections with both Kine and Kindred alike.

"Is this your ten dollars? I saw it floating underneath the car."
"Trust me."