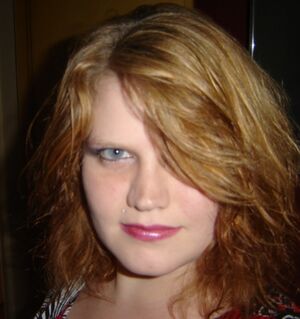 Physical description: 5'7, Red hair with blue eyes and an hour glass figure. She is frequently in zebra print, loves fashion and likes to dress well... but "well" is subjective. Has a small obsession with hats, especially little ones, and frequently looks slightly disheveled with her suit case or hat box in tow.

Old fashion in some regards and very modern in others. She has a love for technology, etiquette and animals. She writes smut for a living simply because it sells well.She was heavily influenced by media and pop culture. She has a love for television and media that she doesn’t quite understand. She finds that some of her best research to answer any “Why?” or “What would happen if…?” (a trait she uses to come up with character concepts for her erotica) questions she might come up with come out of TV and cinema. Despite her acceptance of alternative lifestyles, different belief systems and ways of acting, Syprus herself attempts to put an extreme emphasis on being polite, inoffensive and diplomatic. She won’t care if you crack a “your momma’s so fat” joke, commit a vulgar display or use profanity but she tries very hard to behave properly herself. If you are blatantly rude or continuously improper you’ll probably end up on her growing list of people she tries very hard to not associate with. But, the thing to keep in mind is that in Syprus’s mind rude and improper does not mean dry, humorless and boring. She is drawn to interesting people especially if she thinks she can get a character out of them for a future novel. Some people have commented after conversing with Syprus that they feel as if the entire time they were talking to her she was sizing them up and figuring out how she could fit them onto paper.

Syprus arrived in the twin cities in March of 2010 arriving from Denver to visit the place her sire had come from. She liked it well enough to set up a permanent residence.
In 2012 took Praxis. Believed to have been killed in a Praxis attempt in March 2013. 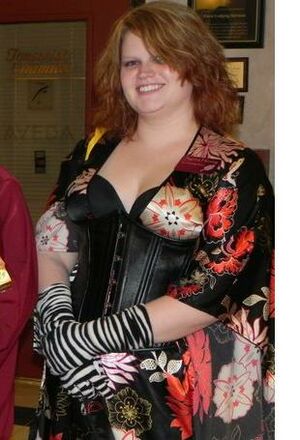 After the deaths of Sylphain Delille and Ari Renard Syprus has been very distant and not been overly friendly to anyone in the domain.

"Amelia! Go wait in the car!"
"Well, we were playing with a barrel of monkeys earlier."
"no... it's a fallout tent."
"I did what you asked me to... but I had to arrange an orgy to do it."
"OMG - she has such cute hats!!!" - Fiona "Fifi!" LeStrange on Syprus's fashion
"what is that?!"- A member of court. "A portable Malkavian Elysium!"-Syprus
"... and a fucking kitten!" Syprus angrily --"Syprus! Why must everything be fucking?!" member of court-- "Because it makes me fucking smile on the inside!!!!!!" Syprus.
"It was a harsh lesson, and I grieve for the loss of my friends but I now know the difference between Friends and Allies"- Syprus