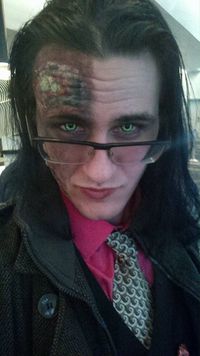 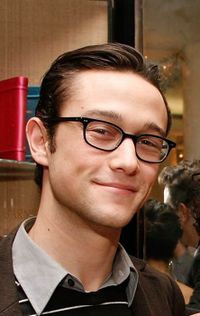 Matchstick was embraced sometime before 2010 and arrived in the Court of Las Vegas under the Accounting of a Nosferatu who was not his Sire in late 2010. He was officially Acknowledged by Prince Benedic in September 2011 and stayed within the Domain of Las Vegas for the next two years, acting as a small time dealer of information and services rendered. Prince Benedic named him as a Connected member of the Camarilla in October 2012. In May of 2013, Matchstick packed up his bags and bid farewell to the City of Sin, heading west to Los Angeles and the Court of Prince Ethan Neumann. He has been a Citizen of that Domain since.

He attended the Gathering of the Camarilla and the Anarch Movement aboard the Queen Mary in September 2013 where he was seen hobnobbing with important movers and shakers from the world over, often trading lurid tales and gossip or speaking in hushed tones in dark corners. Since then, Matchstick has made a name for himself as a information broker and a keeper of the Masquerade within Los Angeles.

(OOC: The next section is for Nosferatu only) Within his clan, Matchstick is a prominent Technophile on SchreckNet and is the winner of the data contest held by Mac in January 2014. He holds the prestige of Plugged In from the Nosferatu of Las Vegas from 2012 and gained the prestige of Default Wheel at the clan meeting in the Bay Area in May 2014. In May 2015 he was seen as the 'Golden Deuce' and in 2016 was acknowledged as a 'Long-Reaching Nosey Fucker'. Most recently, he was named 'Papa' at the clan meeting in San Francisco in 2017.