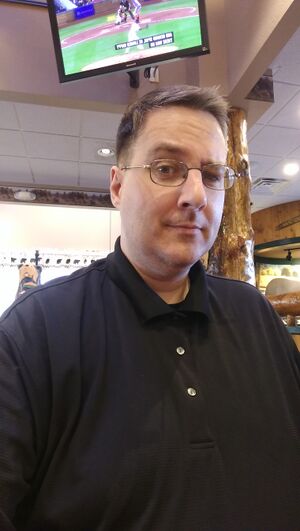 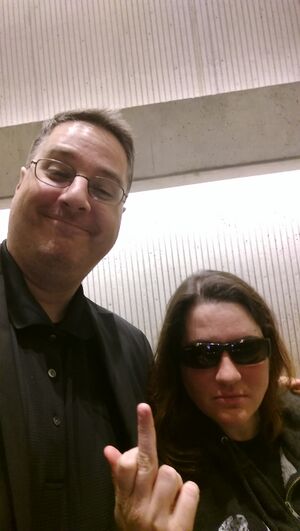 Came to San Francisco in the late 90's. Served under several Princes and worked closely with the then Sheriff's office. Was a noted strong supporter of Prince Simon Gael of Clan Gangrel and Robert Masters-Smithsson of Clan Brujah. Was later involved as a bodyguard and aide-de-camp to Ventrue Primogen Reginald Barkelley. After the death of Prince Robert, Primogen Barkelley claimed Praxis of the city. During his first court, the Tremere in a concerted effort, assassinated the nascent Prince and installed Prince Lake in his stead. Having barely escaped the attack, he reportedly took to the wilds for a time, as is the Gangrel way.

Reappeared in the early 2010's in Berkeley. Not long after, his childe, Victoria Klein also appeared, and were seen together frequently. In the time since he has returned, has become a citizen of San Francisco and later Primogen. His childe briefly became Prince of Berkeley, which occupied much of his time and worry for those few months, until Prince Sunny ascended. About a year into Sunny's reign, his childe was having some more serious issues with her unlife. He was seen more frequently in Berkeley after that, quite often to the detriment of his position in San Francisco. After spending so much time there, his position in San Francisco was filled by another, and he took more permanent residency in Berkeley. With the switch in residency, he took up the position of Primogen in Berkeley. He has been noted as saying that despite being the Primogen in Berkeley, with the current San Francisco Primogen no longer present, he has been looking after Gangrel affairs in that city in the meantime, though with no official duties or authority.

After the death of his childe Victoria in 2018, his interests seemed to change. He's been taking a greater interest in local Lupine affairs. Especially the sect of Lupines known as the "Black Spirals", whom are attributed to her death.

Not publicly known, though there is known animosity on John's part

In some ways, Rambo from First Blood, but not really. Batman more recently.

"So are you telling me to not go? OR are you just saying it's a bad idea to go and you don't approve?"