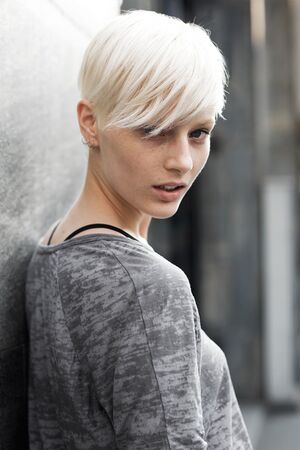 Jack as she appears in the World of Darkness.


Real Name: Any implication that she might have a different name will send her flying off the handle in any number of interesting ways, depending on what kind of mood you catch her on that night.

Physical description: Short and skinny to an unhealthy degree, extremely androgynous in appearance. There's just enough in the shape of her face, a hint only, to indicate more female than male. Her originial hair at death is of an unknown appearance because she changes it so often - all that's known is it was probably long. She is blind in her right eye and it is entirely covered in a milky cataract. 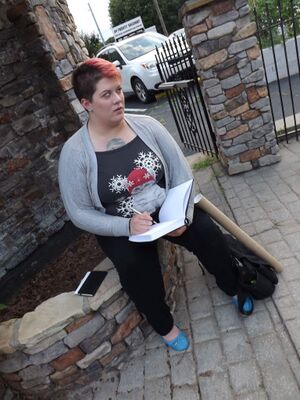 Jack with all her art supplies and journal, wearing an iconic irreverant christmas kitten shirt. Played by Raina Wolfe.

Jack is a happy bubbly little thing who greet everyone with joy and enthusiasm and the promptly forgets your name. She carries a bag with a journal, a tiny notebook for doodles, and a sketchbook everywhere she goes. She has been known to stop in the middle of a sentence to begin drawing something and then pick up exactly where she left off. She gets confused by common social niceties like hand shaking and hugs; she doesn't seem to know when to stop. She's been floating through various cities of the Camarilla and keeping an extremely low profile for decades now, and has pretty much been everywhere in the continental US. Her name is mildly known amoung certain art circles for the morbid beauty of art she creates and sells in limited quantities. She works mostly in ink, charcoal, and graphite mediums. Some occasional watercolor or guache.