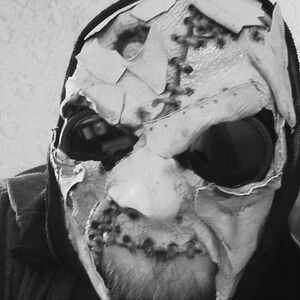 Kohler is quiet about his past believing that progress is the only surefire way to existence. However what can be taken from his words is that he is from a once prominent and wealthy Jewish family and attended a prestigious medical college in his homeland of Germany until the mid 1880s. He has reference to his Embrace as punishment of Pride and refuses to elaborate further but encourages others not to think any being is less than they are or they will suffer. Shortly after arriving in Lewiston & Auburn Maine, Kohler made a name for him using out of the box thinking when helping protect the masquerade. Aiding in covering up unexplained outcomes of the usage of "sorcery" giving plausible and believable answers to investigators. He soon took over the reigns as Primogen for his family in the cities and established him self as a cold, methodical and yet vicious adversary.

Kohler is a traditionalist and has little patience for those who eschew the traditions or the confines of the Tower's rules. Loyal to family, he has been known to aid in the apprehension of traitors to sect and family. An extended time in the public eye has driven the Nosferatu to the brink of wassail. However over the last few months he has remained out of attention and was last known to be visiting with his family Elders.